Rosa Luxemburg was right. Our choice is between socialism and barbarism. 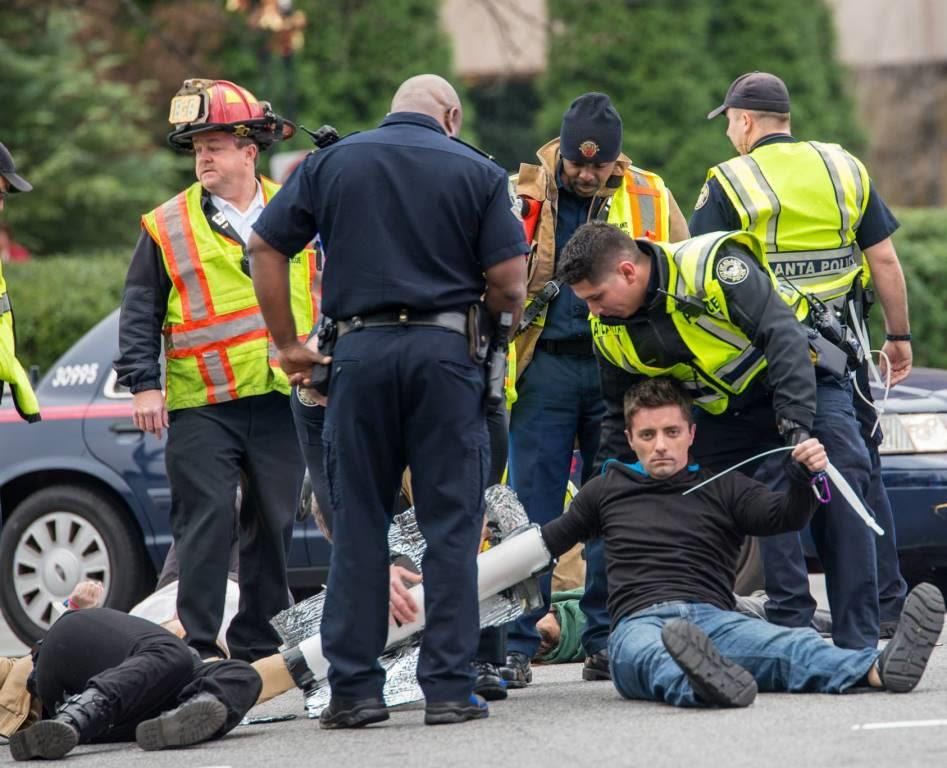 “Free trade” agreements put corporate profits over democratic governance and grind down our living standards in a global race to the bottom.
Climate change threatens our very existence, yet the capitalists want to squeeze out every little bit of profit they can with no regard for future generations.
Police and court systems around the country disproportionately criminalize whole communities of color and use modern-day debtor’s prisons as a revenue stream.
Help DSA organize against the slide towards barbarism.
But it’s getting worse. Hate, fear and bullying are being used to turn us against each other. Donald Trump started it with his comments about Mexicans being rapists, egging on his fans to beat up a Black Lives Matter protestor while they shouted “n—,” and blaming all Muslims for ISIS/Daesh’s horrific violence. 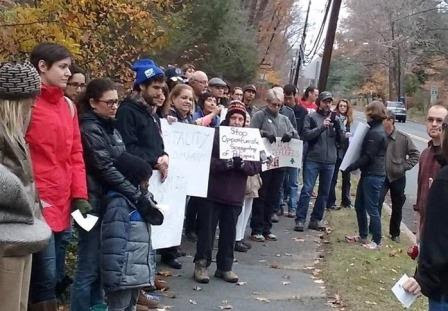 Now his comments have emboldened white supremacists and other extremists to come out of the darkness to begin openly terrorizing our communities.
To fight back, socialists bring an important voice. In the wake of the Paris attacks, the French Left began using the slogan “Your wars, our dead” to highlight the fact that people in power make decisions to bring nations into war, but ordinary people on both sides are the ones who end up dying.
DSAers are organizing from a perspective of love and solidarity. Some cases in point: our Central New Jersey group mobilized against Chris Christie’s rejection of Syrian refugees; our New York chapter took to the streets after yet another civilian was killed by an unaccountable police officer; and our Detroit local mobilized for $15 an hour and union rights.
We’re building the kind of unified movement that can win. That’s why I’m asking you to make a special contribution today.
We're planning for the long game, just as GOP ideological institutions do. And unlike many Democratic politicians who refuse to address the real problems that we face, we point out the central issue—capitalism itself—and the creeping, inevitable barbarity it brings. 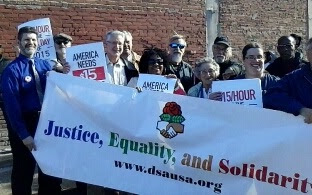 In 2015 our work focused on two priorities—action and education. It is because we are socialists that we bring the next generation of progressive movement leaders through an ideological transformation that they won’t get anywhere else.

We are building a sustainable movement and using the newfound interest in democratic socialism created by Bernie Sanders’s campaign to spread the word.
But it takes resources to send educational speakers to local chapters, organize conferences, connect activists with each other and nurture their skills.
Your special donation will go directly to fighting the poverty and hate that you know are no accident. Someone benefits from the system the way it is, and it’s not us.
I know these are tough times, but now is our moment to build a diverse and strong democratic socialist movement.

My goal is to raise $30,000 by December 31st to fund our critical work in 2016. Please give what you can right now.
Thanks,
Maria Svart
PS: Pictured are DSAers being arrested insisting that Black Lives Matter (top), demanding Governor Chris Christie take back his pledge to bar even orphaned Syrian child refugees from settling safely in New Jersey (middle), and calling for a minimum wage that people can actually live on in Detroit (bottom). Please help us continue to organize.