The American Families United Act would help keep mixed-status families together, while the Veterans Service Recognition Act would fast-track citizenship for immigrants who serve in the U.S. military and help bring home veterans who have been deported.

The mixed-status families bill has 71 bipartisan cosponsors after being introduced in April 2021 by Reps. Veronica Escobar (D-TX) and David Valadao (D-TX).

“It’s a high priority for me,” Escobar told Latino Rebels in April before meeting with members of the Problem Solvers Caucus to get Republican votes. “If I can get Republicans to support it, it might be more likely to move forward.”

The mixed-status families legislation allows federal law enforcement agencies to exercise discretion on a case-by-case basis by declining to deport or bar certain immigrants from entering the country. It also removes the requirement that a U.S. citizen parent must be present in the country for five years before giving birth for their child to be granted birthright citizenship.

“Americans in mixed-status families experience trauma every day related to their family member’s immigration case,” said Kali Pliego, president of American Families United, an organization that advocates for the bill, in a press release. “We have families who have been forcefully separated due to a visa denial, despite immediate family ties to U.S. citizens. We have whole families, including American children, who have uprooted their lives in America to live somewhere else to keep their family intact. And we have U.S. citizen spouses and children who live in fear that the U.S. government will deport their loved one.”

The bill focusing on immigrant veterans would allow noncitizens to file for permanent residency as early as basic training when they sign up to serve in the U.S. military. It would also allow some veterans who have been deported to return to the United States if they haven’t committed serious crimes.

Posted by Duane Campbell at 8:22 PM No comments:

Rebels at the Border

Rebels on the Border 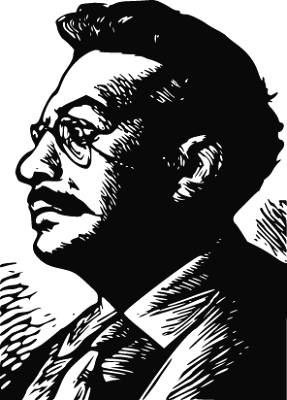 Posted by Duane Campbell at 11:02 AM No comments:

Posted by Duane Campbell at 4:07 PM No comments:

Isabel Coronel, 76, walked in a hospital for the first time in almost 30 years last month. Coronel, an undocumented immigrant, had spent decades laboring in Inland Empire fields, picking watermelon, cilantro and radishes. She didn’t have health insurance and feared deportation if she tried to access medical care. She endured high cholesterol and blood pressure, severe knee pain, vision loss and the long-term effects of her January bout with COVID-19 rather than risk a hospital visit. That changed on May 1, when Coronel became eligible for Medi-Cal. She was among 235,000 undocumented adults who gained access to the state’s income-based health insurance network through a new expansion of the program signed by Gov. Gavin Newsom last year. “I give thanks to God that I now have my Medi-Cal because I didn’t go to the doctor before,” Coronel sais in Spanish. “Many of us need to go to the doctors and we don’t because we don’t have the ways to do so and we have fear of everything.” Her access to health care follows a decade-long campaign in California’s Capitol to build a social safety net for the state’s roughly 2.3 million undocumented immigrants, an effort that culminated last month when Newsom signed a budget bill extending Medi-Cal access to all remaining uncovered adults. The milestones include driver’s licenses, protections from deportation, tax breaks, COVID-19 pandemic relief and now health care. It’s the strongest social safety net for undocumented immigrants in the country, advocates say. Undocumented immigrants “don’t get out of the system, what they put into the system so I hope this serves as an example to the rest of the country,” said Sen. Maria Elena Durazo, D-Los Angeles. “We’re in the forefront of policies to treat the undocumented as real Americans, real Californians because they contribute so much.”

Posted by Duane Campbell at 10:56 AM No comments: