Is the Era of White Privilege Nearing an End in the US? | Truthout

Is the Era of White Privilege Nearing an End in the US? | Truthout
Tim Wise
Posted by Duane Campbell at 3:24 PM No comments:

Call to Action: National Student Debt Week of Action Feburary 27th-March 2nd | The Activist
Dr. Cornel West invites you to be a part of the Week of Action.  http://vimeo.com/37209329
Posted by Duane Campbell at 4:12 PM No comments:


Roseville, CA – Close to 1,000 elementary, middle and high school students will converge on the Cesar E. Chavez Youth Leadership Conference and Education Fair on Saturday, March 24, 2012 in Roseville, CA.  For over a decade, this event has provided guidance to youth seeking to pursue higher education and grant information.

This unique educational forum allows 6th to 12 grade students and their parents an opportunity to learn how to pursue secondary educational and grant opportunities.  College recruiters will be available to answer student questions.  There will also be information designed to empower families to become stronger advocates for their children's education.

The conference is open to people of all ages.  It is scheduled from 8:00 am to 3:30 pm at the Robert C. Cooley Middle School campus located at 9300 Prairie Woods Way in Roseville, CA 95747.  Approximately 700 students and 200 parents attended the 2010 conference.  The event is sponsored by The Hispanic Empowerment Association of Roseville (HEAR), the Latino Leadership Council and the Cooley Latino Student Club.
Read more »
Posted by Duane Campbell at 4:11 PM No comments:

Education and opportunity for Mexican Americans

Arizona-The End of the Stairway
The Abandonment of the Barrio

Throughout the history of Mexican Americans, education has been considered the stairway to the middle-class. Education meant security and basics such as health insurance. This heaven meant better jobs and a small house or two for old age.

As with the European immigrant, the stairway was built in stages. Those with limited education could often get union jobs. After a generation or two in factories, Mexican Americans accumulated sufficient capital to keep their children in school, and a few sent them to college.

However, it was not the 1960s that Chicano youth forced major breakthroughs. The Mexican American Youth Organization (MAYO) walkouts, the East LA School Walkouts, and small walkouts throughout the southwest and elsewhere had similar themes -- better education, more college prep classes, more Mexican American teachers, and the teaching of Mexican American Studies.

Read more »
Posted by Duane Campbell at 10:22 AM No comments:


CONTACT: Rebecca Graham, 510‐642-9187, rebecca.graham@berkeley.edu
Berkeley — As Black History Month draws to a close, a new University of California, Berkeley, report finds that Black and Latino seniors face even tougher times in retirement than American seniors as a whole.
“Recent household surveys show that retirees of color, especially Blacks and Latinos, rely more heavily on Social Security and have less access to other types of retirement income than their white counterparts,” said researcher Nari Rhee of UC Berkeley’s Center for Labor Research and Education.
Rhee’s report, “Black and Latino Retirement (In)Security,” is based on data from the U.S. Bureau of Labor Statistics Current Population Survey and U.S. Census Bureau American Community Survey.

The report’s main findings include:

“Black workers face systemic challenges that lead to high rates of unemployment and a concentration in low-wage jobs,” said Steven Pitts, a labor policy specialist at the center, and author of a monthly Black worker report. “This report shows that these manifestations of structural racism faced by Black workers lead to economic outcomes today that impact retirement long into the future.”
Rhee said, “It is critical to improve both job access and job quality—in terms of wages and benefits, including pension benefits—to improve retirement prospects for current workers,” a reminder that the job crisis we face today may have long-term repercussions.
The report can be found online.

Why Not Enjoy Yourself ?

Let the Younger People Take Over
You Have Paid Your Dues

Chicana/o Studies at Cal State Northridge will be taking close to sixty Latinos and Asians students to Tucson later this month. It will be our third trip as a group within a year. Friends keep saying, “That is a big responsibility; you have paid your dues; why don’t you slow down and enjoy life?”  In other words, take it easy, and let the young people clean up our mess.

Some make ridiculous statements such as that you must enjoy the pressure. What is probably meant to be a compliment is an insult. Only someone who is nuts enjoys constant stress and sleepless nights.

Frankly, I would be delighted if others would step up. No one enjoys constantly working as if there were no more tomorrows.  No one enjoys sandwiching in writing and teaching, and never having enough time to edit and reflect – the tension of being constantly on stage gets to you.

I often wish that I would have become a monk. But, as a member of a community – a husband, father, grandfather, and teacher – I have no choice but to fight.  The bottom line is that I care about the kind of world we leave behind.
Read more »
Posted by Duane Campbell at 8:21 PM No comments:

Join with the Japanese American Community 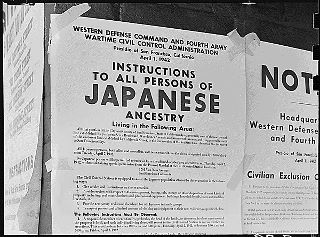 Join with Japanese American communities throughout the country who annually commemorate the date, February 19, 1942. This date marks when, during World War II, an executive order was signed which led to the imprisonment of over 120,000 Japanese Americans without due process and with no regard for their constitutional rights. The community now uses this date to encourage active participation in defending the basic civil liberties of all Americans. February 19, 2012 will mark the 70th year anniversary of the signing of Executive Order 9066.

Urgent Action to Protect Peace Community Legal Representative in Colombia
Earlier this month, on February 4, 2012, the legal representative for the Colombian Peace Community of San José de Apartadó, Jesus Emilio Tuberquia, was the victim of an assassination attempt. At 12:15pm near the public market, two paramilitaries on motorcycle shot at him without saying a word. Fortunately, he took off running and he was able to escape with his life. The incident happened only 100 meters from a police checkpoint, by which the attackers passed without being detained.

Please write to the following addresses protesting this incident and demanding the investigation of why the paramilitaries continue assassinating under impunity in Urabá where no authority attempts to control them.

Click here to send a message to Colonel Leonardo Alberto Mejia, the commander of the Urabá police and to Maria Paulina Riveros, the Head of Human Rights in the Colombian Department of the Interior.

We remember peace community leader Luis Eduardo Guerra and thousands of others who have been killed in Colombia as a result of militarization and SOA violence.


Posted by Duane Campbell at 10:34 AM No comments:

Read more »
Posted by Duane Campbell at 9:19 PM No comments:

Growing up, we used a plethora of words to dismiss fools. Fom two different worlds, my father was from Jalisco so his sayings were always blander my mother’s Sonorense expressions, which always seemed franker and more to the point.  If you were ugly, they called you el feo.  It was the cow culture that reveled in a no bull sh.. mentality. When I messed up badly, I was the pinche güero or the pinche buey, which depending on how it was said was generally a put down.

Words such as cabrón or chingado were rarely used unless in anger and mostly directed at someone outside the family.  Even to this day they are words that are not taken lightly in Mexico, especially if used in the context of chinga tu madre.

(It was unlike today when an 85 year old lady will flip you off on the freeway.)

When you thought someone was stupid and just did not want anything to with them, it was estúpido,imbécil, baboso or pendejo. They had a shock value.  My family was more passive and would just give you the señal de la cruz  -- why call them names if they don’t exist for you.

In the past several years I have found myself giving most Tucson racists the sign of the cross – they are brain-dead.

Under normal circumstances, I would have given people like Arizona Attorney Tom Horne, Superintendent of Public Instruction John Huppenthal and the great majority of the board members of the Tucson Unified Schools the señal de la cruz.  However, this was impossible because they do so much damage to an entire community. Reaching back into my consciousness I came up with the perfect descriptive word, idiota, a word that always had a poetic sound. Pinche güero was nice next to idiota!
Read more »
Posted by Duane Campbell at 11:26 AM No comments:

by Dan Bacher
The U.S. Bureau of Reclamation on February 6 issued a controversial draft report claiming that a $1.07 billion plan to raise Shasta Dam by 18-1/2 feet is "feasible" and "economically justified," a contention that the Winnemem Wintu Tribe strongly challenged.
The dam raise would increase Lake Shasta's storage about 14 percent, supposedly benefitting municipal and agribusiness water users throughout California, according to the "Shasta Lake Water Resources Investigation" draft feasibility report.
Raising the dam would also "increase the survival" of chinook salmon, steelhead and other anadromous fish populations in the Sacramento River by increasing the cold water pool in Lake Shasta, the report claimed.
"Based on analyses to date, all comprehensive plans to enlarge Shasta Dam and Reservoir appear to be technically and environmentally feasible for implementation by the Federal Government," according to the report. "Based on analyses to date, all 18.5 foot dam raise alternatives appear to be economically justified for implementation by the Federal Government. The 6.5 foot dam raise alternative is marginally justified."
Read more »
Posted by Duane Campbell at 8:17 AM 1 comment:

For the past six years or so I have heard constant threats from Arizona Attorney General Tom Horne (Canada) and Superintendent of Schools John Huppenthal (Indiana) that they were going to ban, destroy and wipe out Mexican American Studies, as well as Occupied America. Now after disregarding a $177,000 report that refutes their charges that the program and the book are racist and un-American, the nativists carry out their threats.  They destroy MAS and snatch the books from on looking students. Their stupidity exposed them, so they now say it wasn’t so.

Their cowardly behavior reached new lows when blogger Jeff Biggers wrote that the books had been “banned.” They protested that they were not “banned” but only “removed.”

Let me see if I understand: If the books would have been put on a prohibited list of readings they would have been banned, or better still censored. But, because they were already there and ripped from the sight of students, they were removed.
Read more »
Posted by Duane Campbell at 3:15 PM 1 comment: