LODI, CA - Farm workers nearing the end of their 13-day, 200-mile Fair Treatment for Farm Workers Now march to Sacramento join forces at 12 noon Wednesday with pesticide reform activists by calling on Gov. Jerry Brown to protect field laborers from the cancer-causing pesticide methyl iodide. Marchers will later be joined at 4 p.m. as they enter Sacramento County by around a dozen local labor and political leaders, including Mayor Kevin Johnson.

‘The Fair Treatment For Farm Workers Now’ march began August 23 in Madera. The march organized by the United Farm Workers, will end on Sept. 4th, Labor Day weekend, at the State Capitol. The pilgrims are pushing for the enactment of the Fair Treatment for Farm Workers Act and the right to be paid overtime after eight hours.
Sporting signs and chanting along the route, marchers will make a short stop in Acampo as farm worker, environmental and health leaders address concerns around methyl iodide. Recently released documents show a political appointee of former Republican Gov. Arnold Schwarzenegger approved the pesticide over the recommendations of independent scientists convened by the state who warned of its dangers as it is linked to cancer, thyroid disease, kidney problems and miscarriages. Eight months after taking office, Gov. Brown has not acted to halt use of the toxic soil fumigant.
Read more »
Posted by Duane Campbell at 11:44 AM No comments:

From: Working IN these Times.
Last week, at the USW convention in Las Vegas, the two unions (USW and Los Mineros) signed an enhanced solidarity agreement (PDF link) that brings them even closer together. For the time being, the two unions will remain separate organizations with separate legal structures; however, they will take steps to begin working much more closely together than they have in the past. The agreement will establish worker councils to represent employees at "major common employers." These councils will work together “to facilitate exchange information, strategic cooperation, solidarity support, and organizing initiatives,” the union announced.
http://www.inthesetimes.com/working/entry/11856/los_mineros_-_steelworkers_sign_enhanced_solidarity_agreement/

See the video at www.antiracismdsa.blogspot.com

Posted by Duane Campbell at 8:15 PM No comments:

The Struggles of a Farm Worker

Posted by Duane Campbell at 8:55 AM No comments:

Posted by Duane Campbell at 2:35 PM No comments:

Read more »
Posted by Duane Campbell at 10:58 AM No comments:

Forty-eight years after the March on Washington and Dr. Martin Luther King Jr.'s "I Have a Dream" speech, America has made significant cultural progress. But Dr. King's ultimate dream of economic justice has been deferred.

This Friday at 9 a.m., tune in to our national symposium on jobs, justice and the American Dream. RSVP now: [ http://go.aflcio.org/jobsandjustice ].

At our symposium, noted civil rights activists and workers' advocates will take part in two panels, answering questions asked by moderators Bob Herbert and María Elena Salinas and submitted by AFL-CIO activists around the country.

Read more »
Posted by Duane Campbell at 3:59 PM No comments:

Fighting the Firings -- In These Times

Fighting the Firings -- In These Times
Posted by Duane Campbell at 11:22 AM No comments:

Telling the story of migration

This is a sophisticated use of media. Be certain to look at the videos along with the story.

One of the great things about working in digital publishing is

the ever-expanding way that technology can be used - and

manipulated - to help us tell stories. A recent story by Damien

Cave on some of the economic, demographic and social changes

that are changing immigration patterns from Mexico carried with

it a wide array of images, video and graphics that in a normal

article presentation would have existed largely as links next to

the article they accompanied. But to present this story,

multimedia producer Josh Williams offered a way for all of those

elements to be consumed in a more seamless fashion. A reader

scrolling down the article would notice that different images

and video would appear - making them visible at the relevant

points of the piece. It's a bit easier to experience than to

describe in words, so clicking the above link might help explain

it. We received a number of positive comments from readers,

including this one: "Please pass on to the editors that this is

a fine, great, super rendering of what journalism really IS all

about. Again congrats for a job well done by all!"

http://email.newyorktimes.com/1161f1193layfousuaf6phtqaaaaaavica6panxyrrqyaaaaa
Posted by Duane Campbell at 10:20 PM No comments:

Posted by Duane Campbell at 8:03 PM No comments:

Radio Toma, loosely translated as "Occupation Radio,"
broadcasts non-stop information about the protests
being staged in front of the University of Chile's main
building - literally a stone's throw away from the
Presidential Palace of La Moneda. Since June 10,
students have occupied the beautiful neoclassical 19th
Century campus as the protests have continued to
intensify around their one demand - to dismantle the
market-based approach of the Chilean educational
system, something they have scornfully come to label
"Pinochet's education."

"We just distrust the political class," one of the
students in front of Radio Toma told me. But even when
the political establishment tried to discredit their
protests, students' responses turned out to be
well-organized. They are fully cognizant of their role
in trying to overhaul not only the educational system,
but the tense democratic framework put in place by the
Pinochet regime as well.

Read more »
Posted by Duane Campbell at 9:39 AM No comments:

The End of Poverty- Or problem of Capitalism ?

End of Poverty.  Narrated by Martin Sheen. Directed by Philippe Diaz.
History of colonization, poverty, neo Liberalism, imperialism.
http://therealnews.com/t2/component/seyret/?task=videodirectlink&id=10626
http://www.iTunes.com/Movies/TheEndofPoverty
Global poverty did not just happen. It began with military conquest, slavery and colonization that resulted in the seizure of land, minerals and forced labor. Today, the problem persists because of unfair debt, trade and tax policies — in other words, wealthy countries taking advantage of poor, developing countries. Renowned actor and activist, Martin Sheen, narrates THE END OF POVERTY?,
Read more »
Posted by Duane Campbell at 2:22 PM No comments: 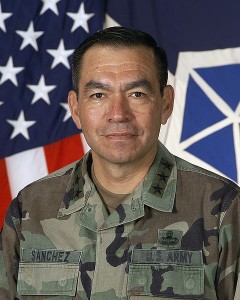 Lt. Gen. Ricardo Sanchez is   running  for Kay Bailey Hutchison’s soon-to-be-vacant Senate seat.   Sanchez, former U.S. Commander in Iraq, announced that he would be filing papers to run as a Democrat to fill Hutchison’s Senate seat.
Sanchez claims he was forced to retire in 2006 to take the blame for the Abu Ghraib scandal. Nonetheless, he remains probably one of the strongest Democratic senatorial candidates to come from Texas in a long time, and he seems to have the full support of the Democratic machine. As we’ve written previously on News Taco, there are but two Latino senators currently serving in the Senate and they’re both Cuban. Having another Latino serve a heavily Latino state like Texas in the Senate, especially a Mexican-American who grew up impoverished, is sure to be a boon to Latino issues. Sanchez, having been party to national and international issues for many years,  would be a well informed  candidate to work on the national level.
Sanchez previously recalled growing up  in the border town of Rio Grande City dependent on social programs.

Posted by Duane Campbell at 1:41 PM No comments:

Cornel West AND Tavis Smiley Refuse To Say They Will Vote To Re-Elect Ob...

We Are America » Testimonio de Montserrat (en Español)
Posted by Duane Campbell at 8:50 PM No comments:

Email ThisBlogThis!Share to TwitterShare to FacebookShare to Pinterest
Labels: immigrants

Jeff Biggers
Pearce, whose ultraconservative immigration views have won him national attention and who will face a historic recall election in his Arizona district on Nov. 8, associates himself with the work of a fringe character.
For several years, media outlets in Arizona and at the national level have explored links between Pearce and extremist groups, and in 2006 he was caught circulating a Holocaust-denying article from a West Virginia-based white supremacist group. In issuing an apology, Pearce claimed to not have known about the National Alliance's views.
Racist and Neo Nazi ties examined.
Read more »
Posted by Duane Campbell at 8:21 PM No comments: 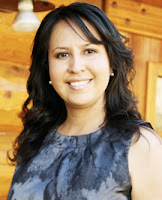 In one of the largest Congressional districts in the nation, stretching across the rural heartland of eastern Arizona from the Four Corners region to the Santa Catalina Mountains north of Tucson, the historic candidacy of Wenona Benally Baldenegro for the Democratic nomination for Congress is marking a new era in Western politics.
For Arizonans exhausted by the extremist Tea Party machinations of freshman Rep. Paul Gosar (R-AZ), who many view more dedicated to the Tea Party's beltway defiance of the Obama administration than the creation of jobs or protecting health care and investments in education, the hands-on rural American experience and Main Street platform ideas of public interest attorney Benally Baldenegro have galvanized a bipartisan campaign across the district's diverse constituency.
"We're extremely disappointed in Rep. Gosar," said Vera Skorupski, a long-time registered Republican from Sedona, Arizona and a campaign supporter of Benally Baldenegro. Citing Gosar's lack of support for Medicare and health care reform, Skorupski praised Benally Baldenegro for not ignoring the "compassionate conservative" tradition abandoned by "radical" Tea Party activists like Gosar and bringing together Democrats, Republicans and Independents.
Raised in the mining town of Kayenta on the Navajo Nation, the Harvard-educated attorney Benally Baldenegro will also become the first female American Indian member of Congress, if elected.
Hailed as one of the state's rising political stars, the Flagstaff-based Benally Baldenegro has been on a fast track to success in Arizona. As the first Native American to graduate from Arizona State University's prestigious Barrett Honor's College, she attended Harvard's Law School and then earned a Masters in Public Policy from the John F. Kennedy School of Government. Over the past decade, she has worked in Washington, DC, Portland and Tucson, Arizona, serving as a project specialist at the Inter Tribal Council of Arizona (ITCA), developing tribal self-reliance initiatives and dealing with federal health care legislation and regulations, and as a public interest attorney and expert on business, lending and rural development issues.
Read more »
Posted by Duane Campbell at 10:33 AM No comments:

Many states draw back from Arizona SB 1010

A Year On, States Draw Back from SB 1070 Legislatio

By Valeria Fernandez
New America Media
A year after SB 1070 took effect, states nationwide are turning away from similar bills, fearing the financial and political fallout seen in Arizona and the consequences that anti-immigrant legislation could have in their own backyards.
“Arizona was a wake up call for other states,” said Elena Lacayo, field coordinator with the Immigration Policy Project at the National Council of La Raza (NCLR), the nation’s largest advocacy group for Hispanics.
Lacayo, who has followed the effects of SB 1070-type legislation in other states, said that despite the far reaching nature of some of the bills, it was the economic backlash in Arizona after SB 1070 that helped other states realize the costly consequences of anti-immigrant laws.
Latinos across the country have naturally come out against “the new Jim Crow laws,” she added, because they feel threatened. The response has been aggressive, she said.
To date, five states have passed anti-immigrant legislation modeled on SB 1070: Alabama, Indiana, Utah, South Carolina and Georgia. While such moves have encouraged groups opposed to undocumented immigration, like the Federation for American Immigration Reform (FAIR), the fact that 27 states opted against similar bills suggests a far greater reaction against it.
SB 1070 took partial effect in Arizona on July 29 after several controversial parts of the bill were enjoined by a federal judge, including provisions that would allow local police to check on the immigration status of individuals and requiring immigrants to carry their paperwork with them at all times.

Read more »
Posted by Duane Campbell at 11:05 AM No comments: