San Francisco Board of Supervisors' Vote for
Immigrant Rights Resolution Is Unanimous
Posted from Hermandad Mexicana.
By ALAN BENJAMIN
JAN. 29 -- Yesterday afternoon, the San Francisco Board of Supervisors voted unanimously to approve a resolution that calls upon President Obama to (1) stop the deportations, (2) extend DACA [Deferred Action] to all undocumented immigrants, and (3) end the firings of undocumented immigrants by means of  I-9 audits, E-Verify and employers' sanctions. The resolution -- which was initially adopted by the San Francisco Labor Council -- was introduced by Supervisors David Chiu, David Campos and Scott Wiener.
Earlier in the day, the San Francisco Labor Council and numerous immigrant rights and community-based organizations in the city held a rally / press conference on the steps of City Hall to convey the urgency of approving this resolution. Speaker after speaker decried the more than 2 million deportations under Obama and the tens of thousands of workers fired -- with their families torn apart -- because of lack of papers.
Read more »
Posted by Duane Campbell at 1:43 PM No comments: 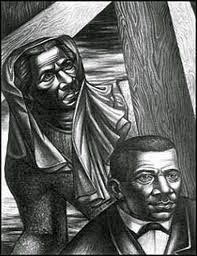 By Peter Mathews
An American child’s chance of acquiring a quality education depends more on the parents’ income than on almost anything else, including ethnicity.
Because property taxes are a key source for K-12 funding, affluent districts have more to spend on education. Low-income districts don’t have the resources and facilities necessary to help most of their students achieve their potential. Governor Jerry Brown’s Local Control Funding Formula is a small step in the right direction. But even with it, the affluent Shoreline Unified School District in Marin County will spend around $18,000 per pupil, while less affluent Long Beach Unified will spend around $9,000. Lynwood Unified School District will spend even less. Money isn’t everything, but an adequate amount is necessary.
That’s why the growing income gap between the super rich and the average worker in America (40 to 1 in 1980, 400 to 1 today) is devastating to our schools and society. Let’s compare two Long Beach high schools.
The higher income levels of Wilson High School parents produce an environment which enables their children to do better in school. It helps a lot when your parents have more income to put you in private music, ballet and tutoring classes, and more time to help with your homework. Jordan High School parents love their kids just as much and want the best for them, yet their generally lower incomes and tougher work schedules make it harder for their children to climb the educational and economic ladder.

Read more »
Posted by Duane Campbell at 5:39 PM No comments:

Please submit your workshop proposal using the enclosed form and send it via email to sacra.are@gmail.com

The conference will be free for all attendees and will include continental breakfast. Lunch Options: A) $5 donation or B) on your own. All presenters will be required to pre-register.   Pre-registration is available online, please visit the following webpage: www.razaeducators.org/conference14/theme2014.html

Posted by Duane Campbell at 11:45 AM No comments:

Posted by Duane Campbell at 10:40 AM No comments: 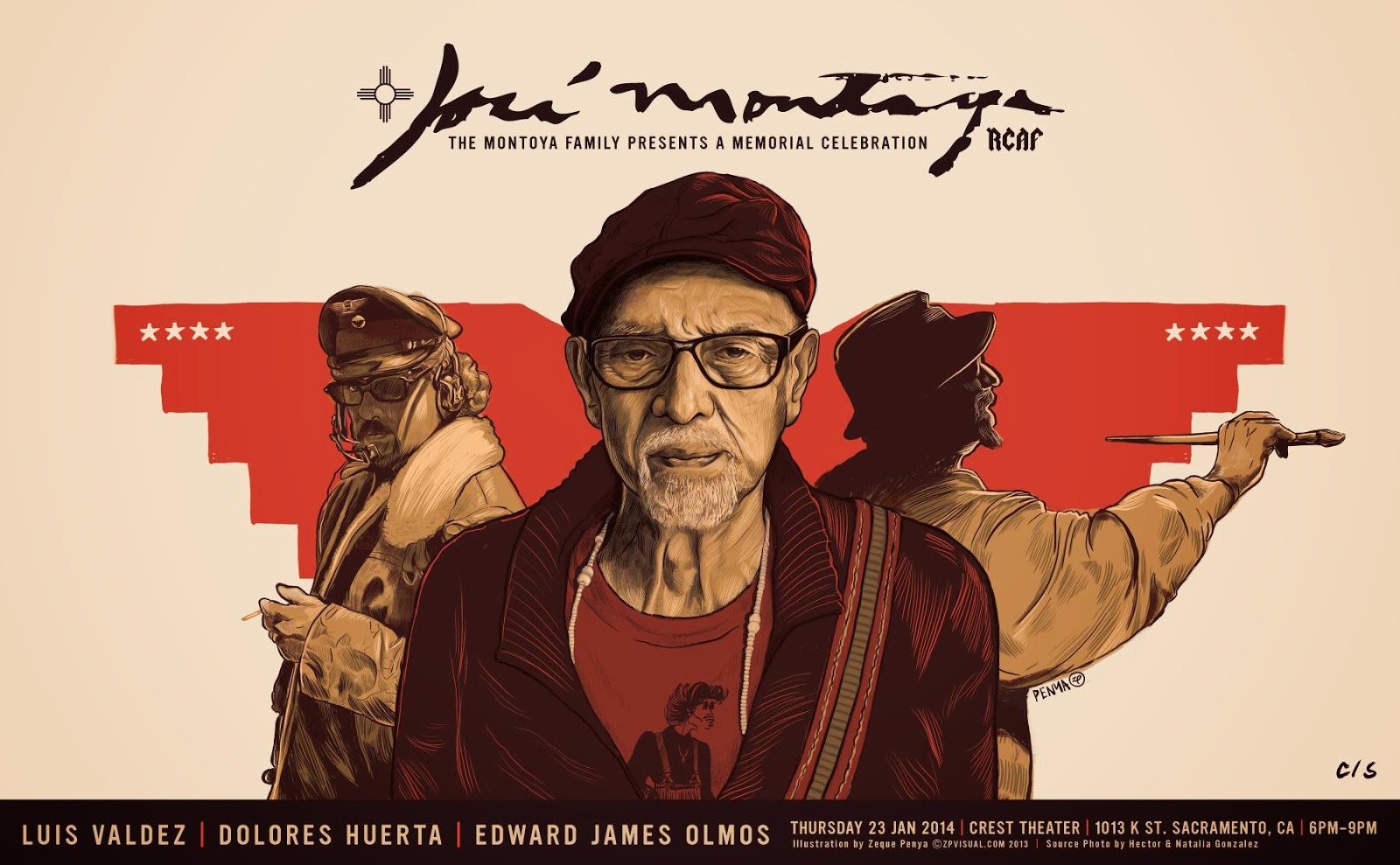 Posted by Duane Campbell at 8:03 AM No comments: 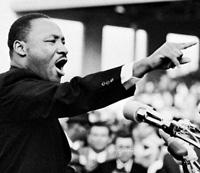 In 1968, a united black community in Memphis stepped forward to support 1,300 municipal sanitation workers as they demanded higher wages, union recognition, and respect for black personhood embodied in the slogan “I Am a Man!” Memphis’s black women organized tenant and welfare unions, discovering pervasive hunger among the city’s poor and black children. They demanded rights to food and medical care from a city and medical establishment blind to their existence.
That same month, March 1968, 100 grassroots organizations met in Atlanta to support Martin Luther King’s dream of a poor people’s march on Washington. They pressed concrete demands for economic justice under the slogan “Jobs or Income Now!” King celebrated the “determination by poor people of all colors” to win their human rights. “Established powers of rich America have deliberately exploited poor people by isolating them in ethnic, nationality, religious and racial groups,” the delegates declared.
So when King came to Memphis to support the strike, a local labor and community struggle became intertwined with his dream of mobilizing a national coalition strong enough to reorient national priorities from imperial war in  Vietnam to domestic reconstruction, especially in America’s  riot-torn cities. To non-poor Americans, King called for a “revolution of values,” a move from self-seeking to service, from property rights to human rights.  King’s assassination—and the urban revolts that followed—led to a local Memphis settlement that furthered the cause of public employee unionism. The Poor People’s March nonviolently won small concessions in the national food stamp program. But reporters covered the bickering and squalor in the poor people’s tent city, rather than the movement’s detailed demands for waging a real war on poverty. Marchers wanted guaranteed public employment when the private sector failed, a raise in the federal minimum wage, a national income floor for all families, and a national commitment to reconstruct cities blighted by corporate disinvestment and white flight. And they wanted poor people’s representation in urban renewal and social service programs that had customarily benefited only businesses or the middle class. King’s dreams reverberated back in the movements that had risen him up.
Read more »
Posted by Duane Campbell at 4:03 PM No comments:

Film- Rape in the Fields 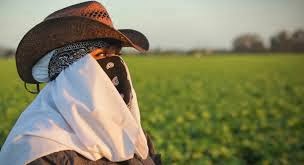 The Sacramento Press Club presents the screening of the award winning documentary Rape in the Fields, Wednesday, January 15th 2014 at 6:15pm at The Crest Theatre (1013 K Street, Sacramento). “For the women who pick and process our food, sexual assault, and even rape, is sometimes part of the job. Is it the hidden price that many women farmworkers, especially those not authorized to work in the U.S., are paying to stay employed and provide for their families. Rape in the Fields tells the story of how female farm workers fall prey to their field bosses and co-workers – and dare not denounce their attackers. The film is a unique collaboration between FRONTLINE, Univision, The Center for Investigative Reporting, and The Investigative Reporting Program at UC Berkeley’s School of Journalism.” 5:30pm – Cocktail Reception at The Crest Theatre, 6:00pm Opening Remarks by Dolores Huerta, 6:15pm Screening of Rape in the Fields, 7:15pm Q&A with filmmakers and reporters. For questions please contact myriam.valdez@sen.ca.gov (1/13).

Posted by Duane Campbell at 2:02 PM No comments:

Email ThisBlogThis!Share to TwitterShare to FacebookShare to Pinterest
Labels: "Rape in the Fields", Frontline, Sacramento Posted by Duane Campbell at 1:19 PM No comments:

Bacon: NAFTA Hurt Workers on Both Sides of the Border

Posted by Duane Campbell at 1:04 PM No comments: