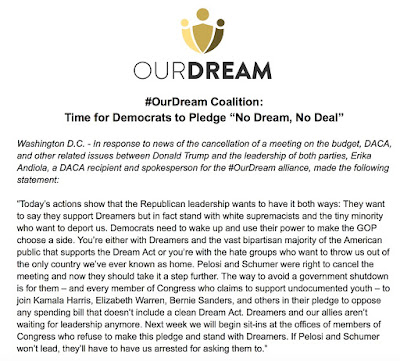 Posted by Duane Campbell at 2:52 PM No comments:

Posted by Duane Campbell at 7:32 PM No comments:

This morning I disrupted the Macy's Day Parade in NYC with to demand permanent protection, dignity, and respect for my community. We are going to do whatever it takes for our right to live in the country we call home.
But I need you. We need you. Can you support us?
We are organizing National Days of Action on December 4th and 5th and a mass mobilization in Washington, DC on December 7th and 8th to continue the fight for #OurDream -- and win permanent protection for young undocumented immigrants.

We need to raise $20,000 to make these mobilizations a reality. Can you contribute now?
We are your classmates, your coworkers, and your neighbors. We are not just the future of this country, but we are also the present workers that it depends on. We are millions of young undocumented students and workers who are the backbones of our schools, industries, and communities.
Read more »
Posted by Duane Campbell at 10:48 AM No comments:

This Thanksgiving thank a farm worker

Happy Thanksgiving. We want to extend our warm thanks to you for being our loyal supporter and helping farm workers. As our families prepare to gather around the Thanksgiving table, we want to ask everyone to take a second to thank the men and women who labor to put the food on our Thanksgiving tables, and whose labor feeds us all year long. These hard working people labor day after day behind the scenes in heat, cold and rain to harvest the food that ends up in supermarkets and eventually on your table.
Join us in recognizing them and letting them know we appreciate everything they do, by signing the online Thanksgiving card our organizers will share with our members at their various farms and dairies. Please take an extra 30 seconds and add your own personal message.
UFW members are marking this Thanksgiving holiday season with a campaign they launched at their latest gathering of worker leadership. Members from Coachella, Ventura County, San Joaquin Valley, Monterey County, Sonoma County, and Oregon and Washington states have taken their message about the benefits of having a union contract out to their communities and social media. “From Our Hands to Your Tables” highlights their stories and the work they do every day.
To follow this campaign go to: https://www.facebook.com/unitedfarmworkers/ and https://twitter.com/UFWupdates or look for our #ThankAFarmWorker and #WeFeedYou hashtags on Facebook, Twitter and Instagram.
Posted by Duane Campbell at 4:45 PM No comments: 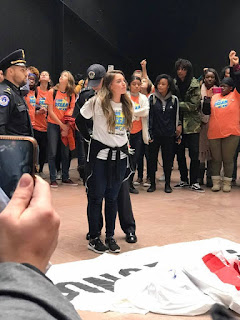 "I am doing this because we need change in our immigration system and we will no longer be ignored. We are not victims, we are warriors.
Now more than ever I need you to be in this fight with me. Call your Senators, call your Representatives, and demand a Clean #DreamActNow! Do it for the thousands of undocumented youth who don’t know what is going to happen to them in the next few months.
Send me your love and your rage.
Abrazos,
Belen
#UndocumentedUnafraidAndUnapologetic"

Are you inspired by Belén’s example? By her courage and clarity and commitment to her cause? Are you ready to contact Congress now? Send them emails and then call the Congressional Switchboard 202-224-3121 to tell your elected officials to pass a Clean DREAM Act.

Sent to you by the Immigrants’ Rights Committee of DSA.
Also:  See Democratic Left post today.   It is an introduction to a piece by David Bacon.   http://www.dsausa.org/migration_labor_and_u_s_policy
The linked articles are left analysis of migration and the role of U.S. policy.

Posted by Duane Campbell at 10:49 AM No comments:

Including Sacramento.
Posted by Duane Campbell at 9:01 PM No comments:

One of the DREAMers arrested in DC Thursday was Belén Sisa, who shared the following message and image earlier:

Dear Friends and Movement Family,
If you are reading this, I have been arrested and am in jail for standing up to Congress and the Trump administration in Washington, D.C. demanding that they pass a Clean Dream Act Now before the end of this year.
I participated in this action because my heart led me to commit myself to put everything on the line for something much bigger than myself. Two months ago the Trump administration took away DACA, something we knew would happen, but it opened many old wounds. I could not help but think back to every struggle my family endured for us and for me to be who I am. We cannot and will not go back. As immigrant youth we know the power we hold and we will no longer settle for anything less than permanent protection, respect and dignity, for ourselves, our parents and our communities.

Read more »
Posted by Duane Campbell at 8:11 PM No comments:

Email ThisBlogThis!Share to TwitterShare to FacebookShare to Pinterest
Labels: DACA 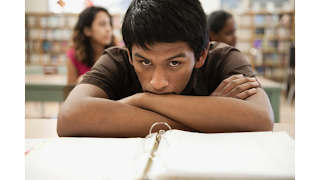 Posted by Duane Campbell at 1:01 PM No comments:

r
Posted by Duane Campbell at 9:18 PM No comments:

TPS; Protected Status for Some

Temporary Protected Status of some immigrants
TPS ON SHAKY GROUND: Acting Homeland Security Secretary Elaine Duke must decide today whether tens of thousands of people from Honduras and thousands from Nicaragua will continue to receive temporary protected status. Here's how the program works: If a country experiences a natural disaster, armed conflict, or some other extraordinary event, the DHS secretary can extend protected status to its nationals for up to 18 months if they're in the U.S. at the time of the event. Hondurans and Nicaraguans were initially granted TPS after Hurricane Mitch struck Central America in 1998; subsequently they received an extended series of renewals. Now protected status for the two countries is due to expire on Jan. 5. The department will also face decisions on TPS for Haiti later this month and for El Salvador in January.
The Trump administration has signaled it won't continue the virtually automatic renewals that were common in the past. Along those lines, Secretary of State Rex Tillerson wrote in a letter to Duke last week that conditions in Central America and Haiti no longer warranted a TPS designation, Nick Miroff and Karen DeYoung reported in the Washington Post Friday evening. "Tillerson's letter does not amount to a recommendation," the Post reported. "But DHS is required to seek the agency's input, and officials said the State Department's position carries significant weight." People from the aforementioned countries - Honduras, Nicaragua, Haiti and El Salvador - make up 94 percent of the roughly 439,000 approved for the program at the end of 2016.
Read more »
Posted by Duane Campbell at 9:14 PM No comments: 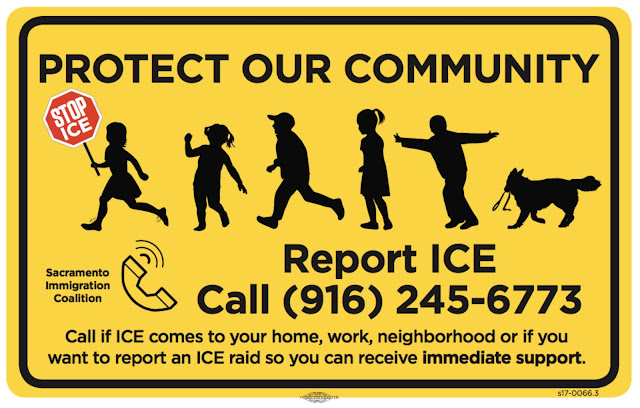 Posted by Duane Campbell at 2:18 PM No comments: