Occupy has changed the country.  People are fighting back.  And the developments are happening faster than anyone could have guessed even a few months ago. The Occupy movement has gone from a few dozen in Zuccotti park in New York to thousands of participants in hundreds of cities.  Across the country occupations have become pitched battles between the people’s movement and municipal police forces.

The speed with which this unfolded, the degree of brutality leveled against the occupiers, and the resilience of the Occupy movement are all remarkable.  In times like this the movement outstrips the best expectations of organizers and organizations.  And while these developments defy simple explanation, their impact is undeniable.  People are no longer talking about deficits and budget cuts, but about Wall Street and the one percent.
So it is with Occupy.  It has bypassed traditional forms of political mobilization, leaving more established organizations trying to play catch up. And the movement has changed form, from public occupations, to marches and rallies, civil disobedience and city-wide strikes – all faster than anyone would have expected.

But the forces opposed to Occupy are moving fast too. Occupiers have faced serious police repression around the country, with pepper spray attacks in Seattle and Davis, California, life-threatening injuries in Oakland, and in Seattle a miscarriage caused by police violence.
Meanwhile, Wall Street’s agenda of austerity for the poor and attacks on the public sector has not yet been derailed.
Read more »
Posted by Duane Campbell at 5:12 PM No comments:

The law was supposed to stop these folks.

Posted by Duane Campbell at 9:56 PM No comments:

Cornel talks about his support for Occupy Oakland, Seattle, Amsterdam, and more.
Cornel West is an Honorary Chair of Democratic Socialists of America.

Posted by Duane Campbell at 12:34 PM No comments: 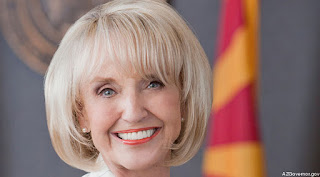 The group behind the successful recall of Arizona Senate President Russell Pearce is now targeting infamous Maricopa County Sheriff Joe Arpaio and Arizona Gov. Jan Brewer.
Citizens For A Better Arizona is gauging interest among Arizona voters for a recall of Brewer (R), saying they would back a recall effort if they get 5,000 people to sign a volunteer petition in which each person pledges to collect 100 signatures. “If Governor Brewer is recalled, I commit to being one of 5,000 citizens to collect 100 signatures,” the petition says.
For Brewer to be recalled, they would have to collect 432,000 valid signatures. Her term is currently set to end in 2014.
CFBA was the driving force behind the recall election of Pearce (R), who is infamous for drafting the state’s immigration crackdown. The efforts were primarily focused on mobilizing Hispanic voters to get out to the polls in order to elect a Republican with a more moderate stance on immigration.
Read more »
Posted by Duane Campbell at 7:54 PM No comments: 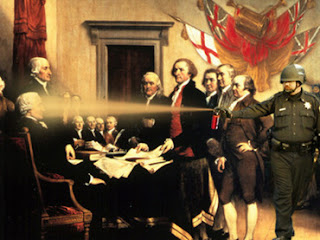 Posted by Duane Campbell at 8:48 PM No comments: 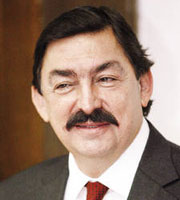 Exiled Mexican mine workers union leader Napoleón Gómez Urrutia will be honored with the AFL-CIO’s 2011 George Meany-Lane Kirkland Human Rights Award tonight at a ceremony at the AFL-CIO in Washington, D.C.
AFL-CIO President Richard Trumka says Gómez Urrutia is a ”truly courageous man who has shown us how difficult and how important it is to be an independent leader of a democratic union.”
Gómez Urrutia, head of the Mine, Metal and Steel Workers Union (SNTMMSSRM), also known as Los Mineros, was forced to flee Mexico to Vancouver, Canada, in 2006. The Mexican government filed criminal charges against him after he publicly accused the government of “industrial homicide” following a February mine explosion that killed 65 miners.
Mexican and international human and labor rights organizations have dismissed the government’s charges as false.
Read more »
Posted by Duane Campbell at 11:52 AM No comments:

On October 27 the Mexican Electrical Workers Union, joined by more than eighty partners in the U.S. and Canada including USLEAP, submitted a labor complaint to the Canadian government charging Mexico with violating the North American Free Trade Agreement (NAFTA). The complaint focuses on the firing of 44,000 electrical workers in 2009 and the subsequent harassment and intimidation of union members who are fighting for their rights.  A similar complaint will soon be filed with the U.S. government, making it the first labor NAFTA labor complaint submitted under the Obama Administration.
In 2009, the government of President Felipe Calderón sent in soldiers to close the Central Light and Power Company of Mexico, liquidating the state-owned operation and effectively disbanding the Mexican Electrical Workers Union (SME), one of the most important independent and democratic unions in Mexico. More than 44,0000 workers lost their jobs and another 20,000 retirees lost union benefits. The Calderón Administration then replaced the state-owned company with a non-union company and subsequently refused to accept legal recognition of SME’s leadership elected this summer as the union refused to die, occupying the main square in Mexico City until some of their demands were met in mid-September 2011.
Read more »
Posted by Duane Campbell at 7:21 PM No comments:

“If being recalled is the cost of keeping one's promises, then so be it,” said Pearce.

His opponent, Republican Jerry Lewis, expressed surprise. “I think people were tired of the vitriolic politics,” he said.

Pearce will be required to step down immediately from office once the results are made official. His recall marks the success of a new strategy of political organizing in Arizona that brought together a diverse array of voters representing various religious and political affiliations.

“This is an exciting time for Arizona. We are (heading) in a new direction. We are saying, 'No' to the extreme divisive politics of Russell Pearce,” said Randy Parraz, co-founder of Citizens for a Better Arizona (CBA), the group that started the recall more than 10 months ago.
Read more »
Posted by Duane Campbell at 5:17 PM No comments:

Beyond the Washington Consensus on the economy 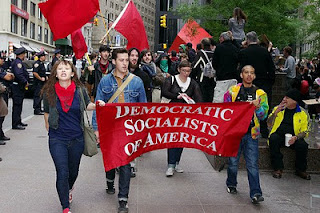 Responding to the Economic Crisis: Beyond the Washington Consensus.
“Occupy Wall Street and the Struggle for a Democratic Society-“

A plenary session at 1:30 PM  on Friday  will kick off the national convention of DSA, the Democratic Socialists of America to be held from  Nov. 11 through Nov. 13 at the Sheraton Premiere at Tysons Corner located at 8661 Leesburg Pike, Vienna, VA.

DSA, the U.S. affiliate of the Socialist International, is the largest socialist political organization in the country with more than  7000 members and active locals in more 40 U.S. cities and college campuses. DSA members reside in all 50 states.

A public outreach event “Equality and Jobs for the 99%: Economic Justice for All” featuring speakers including labor leader and immigration reform activist Eliseo Medina, author John Nichols, Josyln Williams of the AFL-CIO,  Maria Svart and additional progressive activists,  occurs at 7 p.m. on Nov. 11 at the St. Stephen and Incarnation Church at 1525 Newton St. NW, Washington, D.C.
Read more »
Posted by Duane Campbell at 9:43 PM No comments:

Posted by Duane Campbell at 1:45 PM No comments:

BERKELEY, CA - 09 NOVEMBER11 - Students at the University of California walk out of classes to protest budget cuts and rising tuition, and to support the New York City demonstration, Occupy Wall Street.  The rally protested economic inequality and its impact on students, the poor and the young -- in the words of the occupy movement, a protest by the 99% of the people who are exploited by a system that only benefits the top 1%. 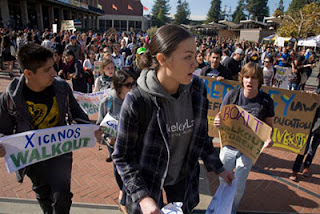 Later that night, students were beaten by police batons as they tried to set up tents in Sproul Plaza, and six students and an assistant professor were arrested.  Student continued to occupy the plaza without tents, however.
Read more »
Posted by Duane Campbell at 12:59 PM No comments:

Citizens in Mesa's very conservative District 18 elected Russell Pearce six straight times. He was virtually untouchable, and when the nation pivoted to the right in 2010, Arizona went over the edge. Voters elected "Headless Bodies" Jan Brewer as governor, they gave her a veto-proof House and Senate, wingnuts Tom Horne and Ken Bennett were elected Attorney General and Secretary of State, and then legislators installed Russell Pearce, chief architect of SB 1070, as President of the Senate. Talk about a mandate!
The media dubbed Pearce "the most powerful politician in Arizona." That was one year ago. Tonight Russell Pearce can't say he's never lost an election.
Jerry Lewis, a political neophyte who was outspent greatly in the historic recall of Senate President Russell Pearce, sailed to victory tonight as the vast majority of votes have been counted in the west Mesa special election. Arizona Capitol Times
Read more »
Posted by Duane Campbell at 8:39 PM No comments:

Rally to Defend Your Education

Posted by Duane Campbell at 7:06 PM No comments:

Why California Students ( and most teachers) don't know Chicano History

Workshop: Teaching Chicano/ Latino History in Grades 8-12.  Curriculum ideas for teaching about César Chávez, Dolores Huerta, Civil Rights Movement, and economic justice.  With Duane Campbell, Director of the Education and Democracy Institute. Dolores Delgado Campbell.  Professor. American River College
Presented  as a part of the  annual conference of The Bilingual Multicultural Education Department (BMED)  Sat . Nov. 5, 2011.  8:30 Am. In the University Union, at  Sacramento State.
California has the largest population of any state, with more than 6,252,000 students  in school in 2008.   California students make up more than 11 percent of the United States total. California, along with some 16 other states, adopts textbooks for the entire state instead of district by district purchasing.  This makes the California adoption the largest single textbook sale in the nation.
California has failed to revise its k-12 history curriculum since 1987.  Since 2008, the failure was caused by the state’s budget crisis.
Read more »
Posted by Duane Campbell at 1:17 PM No comments: