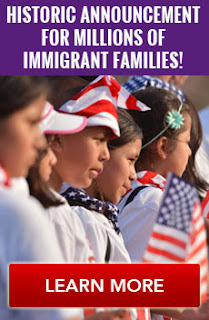 SCOTUS TO DECIDE FATE OF DACA: The Supreme Court will hear oral arguments this morning regarding the Trump administration's attempt, thwarted by multiple appellate judges, to end the Deferred Action for Childhood Arrivals program. A high court ruling, expected no later than June 2020, will decide the fate of nearly 669,000 Dreamers who were extended protection when President Barack Obama created DACA. POLITICO's Josh Gerstein will follow the arguments today. Members of Congress, DACA recipients, and supporters of the program will hold a pro-DACA rally on the court steps.
The Trump administration terminated DACA on March 5, 2018, and while appeals courts compelled the administration to re-start the process for renewing DACA enrollment, no new applicants were accepted, POLITICO's Bianca Quilantan reports. Duke University senior Axel Herrera Ramos said the Supreme Court's decision will determine his plans after graduation. "For many of us who have DACA, it's been two years of waiting this out. In some ways, I believe that you get a little bit numb to the news of it. It's just extremely draining."
If the court rules DACA unlawful, no future administration will be able to revive it without getting a bill through Congress. DACA recipients will lose their protection from deportation and, more immediately, their ability to work or to attend school legally. 143 different businesses and business associations have warned that eliminating the program "will inflict serious harm on U.S. companies, all workers, and the American economy as a whole."
"DACA recipients are filling vacancies at companies that otherwise would not be able to attract workers for open positions," these businesses wrote in an amicus brief last month. "They are creating businesses that employ other Americans. And their increased wages lead to higher tax revenues and expansion of our national GDP — producing new jobs and benefits for all Americans."
Posted by Duane Campbell at 10:40 AM