Latino Voting in the Trump Era: 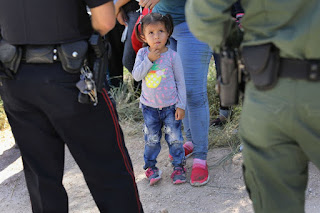 Latinos in the Trump era: Angry but unmoved
What good are anger and discontent if something is not done about it? A study shows that Latinos remain static before a government that has stigmatized them since day one.

By Yamily Habib
Faced with a government like that of Donald Trump, being Latino and being upset is not very difficult.
What does seem to be a challenge, though, is to mobilize the Hispanic population in the United States and convince them of a political proposal to support with their vote.
A study funded by the Democratic Party and published on Tuesday found "significant challenges for Democrats" in convincing Latino voters that a Congress controlled by the Blue Party would bring important changes to their community.
The polling firm Latino Decisions led the research commissioned by the three most important Democratic political action groups: the House Majority PAC, Priorities USA and the Congressional Hispanic Caucus Bold PAC, as Roll Call reported.
The data was collected in study groups of around 1,000 registered Latino voters, who made clear their deep disagreement with current policies, "particularly regarding the Trump administration’s hard-line immigration policies and health care rollback efforts.”
While Latinos support the Democrats by 67% - versus 22% in favor of Republicans - according to the study "only 44% of the respondents said they were 'certain' they will vote for Democrats, and only 53% said they were certain to vote in November at all."
The conclusion seems to be that the Democratic Party is still failing on the same key issues as during the 2016 elections, when they didn’t know how to directly and clearly communicate their political agenda to the Latino community in the country.
"Democratic candidates should avoid 'generalities and buzzwords,'" Roll Call quotes from the study's findings. Instead, they should "take a clear stand on reversing Trump's immigration policies."
The study also recommends the reformulation of communication strategies such as the use of "radio and television stations in Spanish and bilingual advertisements that promote clear conclusions about what specifically will change when voting in 2018."
However, and for groups like the Democratic Socialists of America (DSA), this strategy should have been the basis of the whole movement of the party from the beginning.
In an article prior to the results of the presidential elections in September 2016, Dolores Delgado Campbell and Duane Campbell explained that the issue of immigration is precisely what could redraw the political reality of the country, without disregarding other fundamental issues for the Hispanic community.
In short, a comprehensive and well-communicated campaign in direct contact with the population on the street is the only viable strategy to get Latino voters to join the Democratic campaigns in the country, and thus take back the reins of the nation.
And if there are any doubts about it, we just need to look out for campaigns like Alexandria Ocasio-Cortez in New York to understand that the grass-roots initiatives can be much stronger than money when it comes to politics.