The Eurozone is Anti Democratic- Vote No


Negotiations have stalled because Greece's creditors (a) refused to reduce our un-payable public debt and (b) insisted that it should be repaid `parametrically' by the weakest members of our society, their children and their grandchildren
The IMF, the United States' government, many other governments around the globe, and most independent economists believe - along with us - that the debt must be restructured.
The Eurogroup had previously (November 2012) conceded that the debt ought to be restructured but is refusing to commit to a debt restructure
Since the announcement of the referendum, official Europe has sent signals that they are ready to discuss debt restructuring. These signals show that official Europe too would vote NO on its own `final' offer.
Greece will stay in the euro. Deposits in Greece's banks are safe. Creditors have chosen the strategy of blackmail based on bank closures. The current impasse is due to this choice by the creditors and not by the Greek government discontinuing the negotiations or any Greek thoughts of Grexit and devaluation. Greece's place in the Eurozone and in the European Union is non-negotiable.
The future demands a proud Greece within the Eurozone and at the heart of Europe. This future demands that Greeks say a big NO on Sunday, that we stay in the Euro Area, and that, with the power vested upon us by that NO, we renegotiate Greece's public debt as well as the distribution of burdens between the haves and the have nots.

How I Would Vote in the Greek Referendum 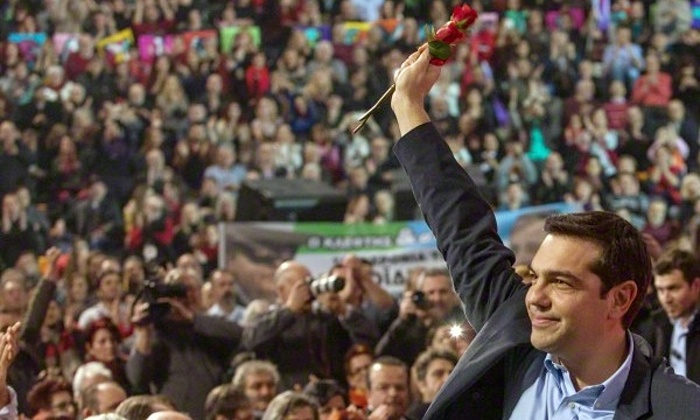 The rising crescendo of bickering and acrimony within Europe might seem to outsiders to be the inevitable result of the bitter endgame playing out between Greece and its creditors. In fact, European leaders are finally beginning to reveal the true nature of the ongoing debt dispute, and the answer is not pleasant: it is about power and democracy much more than money and economics.

Of course, the economics behind the programme that the "troika" (the European Commission, the European Central Bank, and the International Monetary Fund) foisted on Greece five years ago has been abysmal, resulting in a 25% decline in the country's GDP. I can think of no depression, ever, that has been so deliberate and had such catastrophic consequences: Greece's rate of youth unemployment, for example, now exceeds 60%.

It is startling that the troika has refused to accept responsibility for any of this or admit how bad its forecasts and models have been. But what is even more surprising is that Europe's leaders have not even learned. The troika is still demanding that Greece achieve a primary budget surplus (excluding interest payments) of 3.5% of GDP by 2018.

Economists around the world have condemned that target as punitive, because aiming for it will inevitably result in a deeper downturn. Indeed, even if Greece's debt is restructured beyond anything imaginable, the country will remain in depression if voters there commit to the troika's target in the snap referendum to be held this weekend.

In terms of transforming a large primary deficit into a surplus, few countries have accomplished anything like what the Greeks have achieved in the last five years. And, though the cost in terms of human suffering has been extremely high, the Greek government's recent proposals went a long way toward meeting its creditors' demands.


We should be clear: almost none of the huge amount of money loaned to Greece has actually gone there. It has gone to pay out private-sector creditors - including German and French banks. Greece has gotten but a pittance, but it has paid a high price to preserve these countries' banking systems. The IMF and the other "official" creditors do not need the money that is being demanded. Under a business-as-usual scenario, the money received would most likely just be lent out again to Greece.

But, again, it's not about the money. It's about using "deadlines" to force Greece to knuckle under, and to accept the unacceptable - not only austerity measures, but other regressive and punitive policies.

But why would Europe do this? Why are European Union leaders resisting the referendum and refusing even to extend by a few days the June 30 deadline for Greece's next payment to the IMF? Isn't Europe all about democracy?

In January, Greece's citizens voted for a government committed to ending austerity. If the government were simply fulfilling its campaign promises, it would already have rejected the proposal. But it wanted to give Greeks a chance to weigh in on this issue, so critical for their country's future wellbeing.

That concern for popular legitimacy is incompatible with the politics of the eurozone, which was never a very democratic project. Most of its members' governments did not seek their people's approval to turn over their monetary sovereignty to the ECB. When Sweden's did, Swedes said no. They understood that unemployment would rise if the country's monetary policy were set by a central bank that focused single-mindedly on inflation (and also that there would be insufficient attention to financial stability). The economy would suffer, because the economic model underlying the eurozone was predicated on power relationships that disadvantaged workers.

And, sure enough, what we are seeing now, 16 years after the eurozone institutionalised those relationships, is the antithesis of democracy: many European leaders want to see the end of prime minister Alexis Tsipras' leftist government. After all, it is extremely inconvenient to have in Greece a government that is so opposed to the types of policies that have done so much to increase inequality in so many advanced countries, and that is so committed to curbing the unbridled power of wealth. They seem to believe that they can eventually bring down the Greek government by bullying it into accepting an agreement that contravenes its mandate.

It is hard to advise Greeks how to vote on 5 July. Neither alternative - approval or rejection of the troika's terms - will be easy, and both carry huge risks. A yes vote would mean depression almost without end. Perhaps a depleted country - one that has sold off all of its assets, and whose bright young people have emigrated - might finally get debt forgiveness; perhaps, having shrivelled into a middle-income economy, Greece might finally be able to get assistance from the World Bank. All of this might happen in the next decade, or perhaps in the decade after that.

By contrast, a no vote would at least open the possibility that Greece, with its strong democratic tradition, might grasp its destiny in its own hands. Greeks might gain the opportunity to shape a future that, though perhaps not as prosperous as the past, is far more hopeful than the unconscionable torture of the present.

I know how I would vote.

[Joseph E. Stiglitz, a Nobel laureate in economics, is University Professor at Columbia University. His most recent book, co-authored with Bruce Greenwald, is Creating a Learning Society: A New Approach to Growth, Development, and Social Progress. He is a former senior vice president and chief economist of the World Bank and is a former member and chairman of the (US president's) Council of Economic Advisers]