Refugee Crisis on Our Border - What Should We Do Now ? 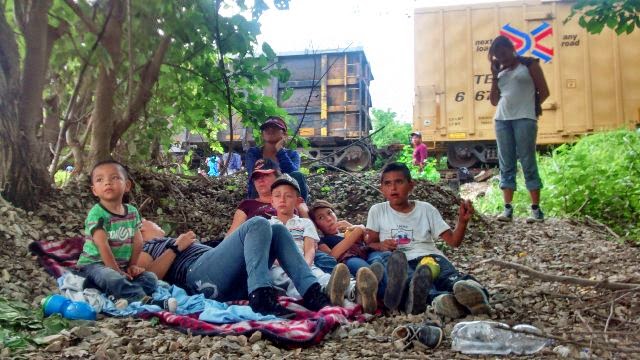 Over the past several years and in particular since February of 2014, the number of children and families fleeing El Salvador, Guatemala, and Honduras and arriving on the U.S. southwestern border has grown significantly.  More than 57,000 children have arrived already this year. The majority of unaccompanied children and families come from a region of Central America known as the “Northern Triangle.”

The rise in violence in the sending countries has been significantly increased by U.S. policy, including tacit support for the coup in Honduras in 2009, direct military support for the war in El Salvador in the 1980’s and indirect support for the genocidal war by the Guatemalan oligarchy and the military against its own people in the 1980’s and 90’s, as well as the current uncontrolled U.S. drug market and the U.S.-directed drug war.   The U.S. continues to contribute significantly to creating the crisis through our military and economic policies, creating more violence and narco-terrorism, as well as poverty and exploitation.

See the earlier report on this crisis by David Bacon here.   and numerous posts on this blog.

What should socialists do? 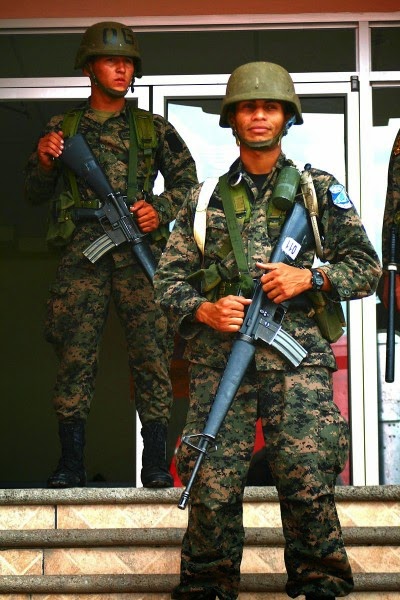 Refugees from Honduras and Guatemala are fleeing areas currently recognized by the U.S. as war zones – again demonstrating their right to asylum under international law. Much of Central America has become a war zone as a direct consequence of criminal gangs servicing the U.S. drug market.
In August there was a decline in the number of refugees arriving. We have no way of knowing if this decline is temporary or long-lasting.
The Left should join together with the hundreds of immigration, civil and human rights, faith, labor and community organizations, to oppose the Obama administration’s plan to expedite the deportation of Central American children back to the dangers they escaped in their home countries. The administration’s recent statements have placed far greater emphasis on deterrence of migration than on the importance of protection of children seeking safety. Our nation should not compromise on fundamental principles of compassion, fairness, and due process, nor on our international obligation for protection of refugees.
According to EPI’s Daniel Costa, President Obama already has the statutory authority to expand deferred action from deportation for these migrants.  He should use it.
The U.S. should suspend its current support for abusive military and police forces in the region. US training and equipment has armed corrupt forces and even organized crime groups. The U.S.-directed drug war has encouraged a return of authoritarian power and violence in the region.
The Obama administration should develop and implement an alternative strategy – lets call it an Alliance for Progress, supporting economic development and democracy in Latin America.  The first step would be to end support for military coups, military regimes and U.S.-financed disguised coup attempts such as those recently in Ecuador, Venezuela, and Honduras.
As voters we need to understand the role of U.S. domination in these countries for over a century.  Although local oligarchs provide the faces in the government, U.S. policy creates and maintains the current exploitive systems.  Note for example that there has not been a similar mass migration of young people from Costa Rica, which has a long history of relatively democratic government and respect for human rights and much less history of government and police corruption and militarism.  Rather, child refugees fleeing violence and terrorism are arriving in Costa Rica in numbers parallel to those arriving in Texas.  Costa Rica has welcomed the new child refugees and provided food, shelter, and safety as required by international law.  At the same time Costa Rica has a long standing conflict with the large number of Nicaraguan migrants, mostly migrant workers, in Costa Rica.
The recent surge of minors at the border is a symptom of our current failed immigration policy.  We need to continue our work with labor and the immigrants’ rights movement toward a fair and comprehensive immigration reform for the U.S. – a better bill than the one passed last year in the Senate, which among other things called for doubling the current border patrol by hiring an additional 20,000-plus border agents.  The border patrol has grown from some 4,000 agents in 1992 to over 20,000 agents today – and the border crossing is more dangerous than ever.
See DSA’s principles of immigration reform here.  http://www.dsausa.org/real_immigration_reform_would_be_a_giant_step_toward_workers_rights_and_democracy
U.S. immigration policy should help families reunite, treat immigrants with respect, and change the economic and trade policies that the U.S. and U.S.-based corporations have implemented in Central America and Mexico that have led to massive migration.
To get fair, comprehensive reform we will need to organize, vote and defeat right-wing Republican legislators who primarily want to militarize the border and those in both parties who promote so-called “free trade” zones.  If the Republicans gain control of the U.S. Senate in the fall elections, all hope for a humane immigration reform will end for at least a decade.
The task of defeating anti-immigrant Congress members and senators, including most of the members of the Republican party, is work for us here in the U.S.  If our immigration system is not reformed, the current refugee crisis will occur again and again.
Individually, we can provide support, donations and volunteers to assist the refugees.  The migrants particularly need legal volunteers. Immigration law and refugee law is different from most criminal and civil law, but it can be quickly learned.
We should actively oppose the further militarization of the border (Texas) and the growth of the for-profit prison system based upon incarceration of the maximum number of people.  We can support good jobs, not prison jobs.
Finally, we can join with religious and community groups in “know your rights” workshops and in providing support and shelter.  Literature is available from the ACLU and other sources.  These efforts help migrants to protect their own constitutional rights.
Duane Campbell is a professor emeritus of bilingual multicultural education at California State University Sacramento, a union activist, and chair of Sacramento DSA.