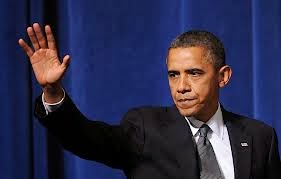 WASHINGTON — President Obama will delay taking executive action on immigration until after the midterm elections, bowing to pressure from fellow Democrats who feared that acting now could doom his party’s chances this fall, White House officials said on Saturday. NY Times.
The decision is a reversal of Mr. Obama’s vow to issue broad directives to overhaul the immigration system soon after summer’s end, and sparked swift anger from immigration advocates. The president made the promise on June 30, standing in the Rose Garden, where he angrily denounced Republican obstruction and said he would use the power of his office to protect immigrant families from the threat of deportation.


“Because of the Republicans’ extreme politicization of this issue, the president believes it would be harmful to the policy itself and to the long-term prospects for comprehensive immigration reform to announce administrative action before the elections,” a White House official said. “Because he wants to do this in a way that’s sustainable, the president will take action on immigration before the end of the year.”

WASHINGTON — Caught between competing political demands over immigration, President Barack Obama will now wait until after the November election to take executive action that could shield millions of immigrants from deportation and ignite a clash over the extent of his presidential authority.