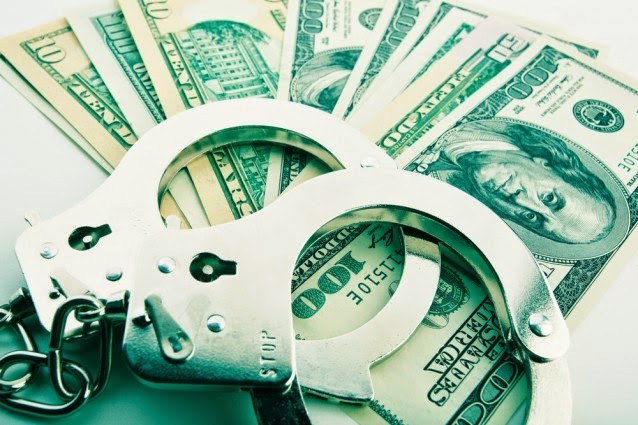 Share prices for two of the largest private prison firms have spiked sharply since an influx of unaccompanied migrant children crossing the border was reported this summer. And some investors in GEO Group and Corrections Corporation of America are seizing on the opportunity for more profit from incarceration, according to recent comments to CNN Money.

“Investors see this as an opportunity. This is a potentially untapped market that will have very strong demand,” activist investor Alex Friedmann told CNN Money.

Both firms, which house prisoners through private sector contracts with the government, have arrangements with federal agencies to detain immigrants. Since July 30, CCA’s stock has increased 8.5 percent, and GEO’s has increased 7 percent. Analyst Brian Ruttenbur added that both companies are “extremely well positioned” to “help with the crisis.”


The spike reinforces the notion that private prison companies like GEO and CCA profit from individuals’ misfortune and incarceration, potentially creating incentives for the companies to lobby against American interests, as the United States faces both an immigration crisis and an epidemic of mass incarceration.

GEO representatives declined to talk to CNN. But during its quarterly investor call in early August, several executives expressed optimism that the influx of migrants at the border would increase the company’s bottom line — and already has.

“Our strong quarterly results and improved outlook reflect improved occupancy at a number of facilities across our real estate portfolio, particularly at the federal level,” GEO Chief Executive Officer George Zoley said on an investors conference call, citing as one of the major projects a repurposed detention center in Texas “to house families as a result of the ongoing crisis along the southern border.”

Fellow GEO executive John Hurley added that GEO has a “fixed price contract” with U.S. Immigration and Customs Enforcement to house women and children at the Karnes County Residential Center that is expected to generate about $26 million in revenue per year.

Hurley added that GEO has pitched a number of other arrangements to profit from the influx of migrants from Central America. “With the crisis at the southern border continuing, GEO has offered ICE a number of proposals to secure residential care,” he said.

When the Karnes detention center for women and children opened August 1, Immigration advocates were immediately up in arms that GEO was selected — given its reputation for inmate abuse, workplace violence, and fraudulent reporting at its U.S. facilities.

“They have no training in child welfare,” immigration attorney Barbara Hines told KUT News. “They [private prison firms] have run these prisons or detention facilities on a prison incarceration model. If we are going to have them – and I am opposed to them – they should be run by licensed child welfare agencies.”

One ICE official told KUT News that the agency had no choice in picking GEO because they had a contract with the county, which then subcontracted to GEO. Bob Libal of Grassroots Leadership said subcontracting is one of the strategies private prison firms use to keep making money despite their negative reputations.

GEO has faced continuous allegations of malfeasance at its facilities, including legal violations and inmate abuse. One federal judge found that GEO “allowed a cesspool of unconstitutional and inhuman acts and conditions to germinate” at one Mississippi facility for juveniles. Because the firms are profit-driven, they have an incentive to cut corners on the care of their inmates and detainees to save money. They have also lobbied heavily for policies that serve their interests.

Just last month, GEO’s Zoley held a $10,000-a-plate fundraiser for Florida Gov. Rick Scott (R) at his home, as protesters stood outside to call out Scott’s cozy relationship with what one protester called “extremely questionable corporations.”

Last year, filings showed GEO Group hired a lobbyist to influence federal immigration legislation, despite promises not to do so. And over the past 12 years, GEO has spent at least $4.2 million on direct, reported political contributions, in addition to other contributions by affiliated political action committees, according to data compiled by the National Institute on Money and Politics. A 2012 Associated Press report found that GEO and the two other largest private prison firms had spent $45 million on campaign donations and lobbyists over the course of ten years.

The firm saw a 56-percent spike in profits last year, after adopting a strategy for drastically reducing its taxes. And Zoley has earned more than any other individual in the corrections industry, at $22 million in compensation between 2008 and 2013.

Posted by Duane Campbell at 9:09 AM