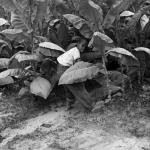 U.S. Representatives David N. Cicilline (D-RI) and Matt Cartwright (D-PA) urged U.S. Department of Labor Secretary Thomas Perez to take immediate action to prohibit tobacco farms from using children for work that can have dangerous effects on their health. The Representatives sent a letter to Secretary Perez requesting him to close a loophole that allows children over the age of 12 to perform hands on work with tobacco plants and leaves.
Earlier this year, Human Rights Watch released a study that found children - some as young as seven - working in tobacco fields suffered from symptoms closely associated with acute nicotine poisoning such as nausea, vomiting, loss of appetite, headaches, dizziness, skin rashes, difficulty breathing, and irritation of the eye and mouth.
“No child's health should be at risk because of their work,” said Cicilline, who introduced the Child Tobacco Free bill (H.R. 5327) to amend the Fair Labor Standards Act to prohibit children under the age of 18 from having direct contact with tobacco plants or leaves. “Working in tobacco fields can have harmful consequences on children and it's time child protection laws and regulations caught up with our values as a nation.”

“The Human Rights Watch report exposing the fact that children are working in these tobacco fields surrounded by toxic pesticides, which have been shown to cause cancer, depression, neurological deficits and reproductive health problems is alarming,” said U.S. Rep. Matt Cartwright. “I'd like to thank Rep. Cicilline for working with me on this important issue, and we will not rest until a favorable outcome is secured.”
The full text of the letter follows:


Dear Secretary Perez,
We write to express serious concern over the use of child laborers on tobacco farms.  A deeply troubling May 2014 report from Human Rights Watch (HRW) chronicled the plight of children as young as 12 working on tobacco farms.  Nearly three-quarters of the children interviewed by HRW reported suffering from nausea, vomiting, loss of appetite, headaches, dizziness, skin rashes, difficulty breathing, and irritation of the eye and mouth.  These symptoms are consistent with acute nicotine poisoning.  A recent article in the New York Times profiled a 13-year old girl in North Carolina who wears garbage bags to protect herself from tobacco leaves during her 12-hour shift working a tobacco field.  This protection from green tobacco sickness imposes its own hazard due to the risk of heat illness.  In addition, many of the children reported working 10-12 hour shifts often in the sweltering heat, and were not provided with regular breaks.
Over half the children interviewed by Human Rights Watch reported being exposed to toxic pesticides, which have been shown to cause cancer, depression, neurological deficits and reproductive health problems.   As you know, children aged 12 and over may work on any farm without hourly restrictions outside of school hours.  In other sectors, children under age 14 are prohibited from working at all, and children aged 14 and 15 are limited in the number of hours they may work.  Current law allows 16 and 17-year-olds to work on farms under hazardous conditions, while the minimum age elsewhere is 18.  Unfortunately, the Department's regulations on hazardous restrictions allows children over age 12 to perform work which puts them in contact with tobacco plants and leaves.
Three years ago, then Secretary Hilda Solis proposed a rule to update the list of hazardous occupations to effectively ban additional heavy machinery, working in silos and grain storage facilities, handling all pesticides, and working in the production of tobacco, among other things.  The Department later withdrew those proposed changes.  We urge you to issue a proposed rule dealing solely with child labor on tobacco farms which would prohibit children from working in the cultivation or curing of tobacco.
Tobacco industry leaders already support a stronger approach. The Kentucky-based Council on Burley Tobacco, which represents 5,000 tobacco growers in four states, adopted a policy in July stating that it "does not condone the hiring of anyone under the age of 16 for work in tobacco anywhere in the world."  Major tobacco companies such as Philip Morris International (PMI) have stated that they would welcome a strengthening of the US regulatory framework regarding children working in tobacco.
Children working in tobacco are among the nation's most vulnerable and we must do more to protect them.  Thank you for your prompt attention to this matter.  We look forward to hearing from you on this issue and to working with you in the near future.
[The Human Rights Watch report: Tobacco's Hidden Children is available here http://www.hrw.org/reports/2014/05/14/tobacco-s-hidden-children [1]]

Reposted from Portside.
- See more at: http://portside.org/print/2014-09-27/congressional-democrats-demand-end-child-labor-tobacco-fields#sthash.UliFno4O.dpuf
Posted by Duane Campbell at 8:05 PM