Working together to change the history books

Scholars, teachers, activists, join in our campaign to include Chicano history ! 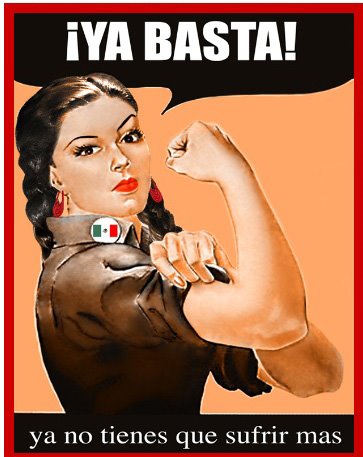 Scholars, teachers, allies, activists have joined  in our campaign to improve the history textbooks in California by including the histories of  Mexican American/ Chicano people.  More than 52% of California students are descendants of Latino and Mexican people. Why can't they be found in the textbooks.
You are invited to participate. We need each of  you and your friends to write a letter.  Here is a guide. Here is how to write a letter and to send it. https://sites.google.com/site/democracyandeducationorg/Home/latino-students-and-civic-engagement/project-plan---mexican-american-history

This Spring we have a unique opportunity to change the history books in California  K-12 to include Chicano/Mexican American history- but we must act before May 1. This is the time to get that letter written and e mailed  asking that Mexican American history be included in the re write of the History/Social Science Framework for California Schools.
Mexican American/ Chicano history is currently substantially absent from public school textbooks and curriculum in California- and it has been since 1986.  Latino student political non participation and alienation from school is significantly caused by Latino absence from the K-12 textbooks and curriculum.
Now is a good time to get this done (a guide to writing such a letter is here )
https://sites.google.com/site/democracyandeducationorg/Home/latino-students-and-civic-engagement/project-plan---mexican-american-history.
This effort  is not the same as the AB 101 campaign for Ethnic Studies where many have signed an on line petition.
Our  project  to change the  History Framework is described here.
http://choosingdemocracy.blogspot.com/2015/04/teachers-we-need-your-letters-on.html

Tell the committee;  I strongly urge you to revise the current draft of the History Framework to include a more adequate recording of the history of California and the nation by including the significant contributions of Mexicans and Mexican Americans to this history.  You really  don’t have an accurate history without extending more information on this topic.  Latinos comprise nearly 39% of the state population, and descendants of Mexican Americans and Latinos now constitute over 52% of the students in the k-12 schools.

I have read the draft framework  and I propose the following additions:

Sample letters are below.

We ask you to
1.     Look over the draft History/Social Science Framework for California Schools.
(or take our  suggestions and guides to specific pages)
2.    If you have not already done so,  let  us know that you intend to write a letter.
3      Write a letter  to the Framework Committee encouraging the inclusion of  Mexican American/Latino history in the revised framework.  It is most effective to make specific recommendations of material to include- see samples. To be effective your letter should arrive by May 1, 2015.
4   Send your letter to  hssframework@cde.ca.gov
5.  Send a copy to the Mexican American Digital History project at campd22702@gmail.com
6.     Links to documents and  background information is available in the enclosure.
To date there have been some 340 letters to the committee asking for more coverage of LGTBQ issues, and  5 letters asking for amendments to include more Mexican American/ Chicano history.
WE want to assist you in getting this letter written and mailed.  In addition to an enclosure on how to write a letter,  we are providing you with two sample letters from Chicano historians and one from our project.  You can use any of the information in the samples to write your own letters.  We recommend that you  begin with a direct request to amend the draft and include a sentence or two of personal commentary on why you think this is important. – see examples.
We share our thanks to Dr. Lorena Márquez  and Dr. Carlos Muñoz for their assistance in writing draft letters.

A fundamental way to engage students in civic culture is to engage them in their own schools and communities.  That is where the students most encounter civic opportunities.

The 1987/2001 California History Social Science Framework still in use today to guide the selection of California textbooks   expanded African American, Native American, and women’s history coverage but remains totally inadequate in the coverage of Latinos and Asians.   When the 52%  % of students who are Latino , and the 9  % who are Asian do not see themselves as part of history,  for many their sense of self is marginalized.   Marginalization negatively impacts their connections with school and their success at school.  It contributes to an up to the high drop out rate for Latinos and some Asian students.  A more accurate, more complete history  would provide some students with a  a sense of self, of direction,  of purpose, even a sense that  they should stay in school and learn more. History and social science classes  should help young people acquire and learn to use the civics  skills, knowledge, and attitudes that will prepare them to be competent and responsible citizens throughout their lives.

I have read the draft document and I propose the following additions:

From 1994 on, political campaigns initiated in California pursued a series of anti immigrant  propositions, laws and regulations ( California Prop. 187, 227). While all but one of the provisions of Proposition 187 were blocked by the federal courts as unconstitutional,  the campaigns led to the 1996 Immigration Reform Act by the U.S. Congress mandating severe benefit cuts and increased border enforcement.

From 2003 political controversy  over immigration became national issues along with the issues of low quality public schools and lack of employment opportunities.  The rapidly growing Latino community became increasingly politically active, increasing their voter registration and participation.  This changed the political make up and partisan divisions first in the California legislature and then in the federal congress.  Latinos became the largest ethnic group in California in 2010, a plurality of all residents, and Latino children constituted more than 51% of all public school students.

I propose that you include this in a revised framework.  Thank you for your consideration.

re:  Need for Latino history included in the draft Framework for History/Social Science.

On page 345 I propose this addition.

For example, a massive high school student strike in 1968 against racism in the barrio schools of East Los Angeles, California, ignited the emergence of the Chicano Civil Rights Movement throughout the Southwest. Thirteen Chicano civil rights activists were indicted for conspiracy to organize those student strikes and faced 66 years in prison.  The charges were dropped 2 years later based on the 1st amendment to the U.S. Constitution.  The book "Racism on Trial: The Chicano Fight for Justice" by Ian F. Haney Lopez is a study of that trial.   In 1969, the Crusade for Justice in Denver, Colorado, hosted the "Chicano Liberation Youth Conference" that issued a radical manifesto, "El Plan de Azlan",  that called for the decolonization of the Mexican American people from the values of the dominant white culture and promote indigenous culture as the corner stone of Chicano and Chicana identity .The same year another conference of largely student activists held in Santa Barbara, California,  issued a document, "El Plan de Santa Barbara",  calling for the establishment of Chicano Studies at colleges and universities in California.  In 1970, another high school strike in Crystal City, Texas, gave gave birth to the independent Chicano La Raza Unida Party to challenge the dominant Republican and Democratic parties throughout the United States.  "Youth, Identity, Power: The Chicano Movement" by Carlos Muñoz, Jr.  is a history of the Chicano Movement.

Thank you for your consideration.

Send via e mail to    hssframework@cde.ca.gov.

If you need assistance in preparing your letter, please contact Duane Campbell at campd22702@gmail.com

Thank you for the work that you do.
Mexican American Digital History project

Posted by Duane Campbell at 8:56 PM