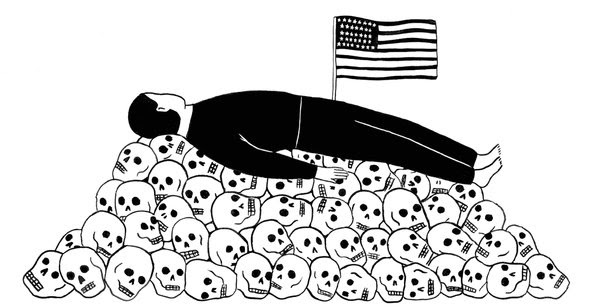 THE recent release of a landmark report on the history of lynching in the United States is a welcome contribution to the struggle over American collective memory. Few groups have suffered more systematic mistreatment, abuse and murder than African-Americans, the focus of the report.
One dimension of mob violence that is often overlooked, however, is that lynchers targeted many other racial and ethnic minorities in the United States, including Native Americans, Italians, Chinese and, especially, Mexicans.
Americans are largely unaware that Mexicans were frequently the targets of lynch mobs, from the mid-19th century until well into the 20th century, second only to African-Americans in the scale and scope of the crimes. One case, largely overlooked or ignored by American journalists but not by the Mexican government, was that of seven Mexican shepherds hanged by white vigilantes near Corpus Christi, Tex., in late November 1873. The mob was probably trying to intimidate the shepherds’ employer into selling his land. None of the killers were arrested.
From 1848 to 1928, mobs murdered thousands of Mexicans, though surviving records allowed us to clearly document only about 547 cases. These lynchings occurred not only in the southwestern states of Arizona, California, New Mexico and Texas, but also in states far from the border, like Nebraska and Wyoming.

Some of these cases did appear in press accounts, when reporters depicted them as violent public spectacles, as they did with many lynchings of African-Americans in the South. For example, on July 5, 1851, a mob of 2,000 in Downieville, Calif., watched the extralegal hanging of a Mexican woman named Juana Loaiza, who had been accused of having murdered a white man named Frank Cannon.
Such episodes were not isolated to the turbulent gold rush period. More than a half-century later, on Nov. 3, 1910, a mob snatched a 20-year-old Mexican laborer, Antonio Rodríguez, from a jail in Rock Springs, Tex. The authorities had arrested him on charges that he had killed a rancher’s wife. Mob leaders bound him to a mesquite tree, doused him with kerosene and burned him alive. The El Paso Herald reported that thousands turned out to witness the event; we found no evidence that anyone was ever arrested.
While there were similarities between the lynchings of blacks and Mexicans, there were also clear differences. One was that local authorities and deputized citizens played particularly conspicuous roles in mob violence against Mexicans.
On Jan. 28, 1918, a band of Texas Rangers and ranchers arrived in the village of Porvenir in Presidio County, Tex. Mexican outlaws had recently attacked a nearby ranch, and the posse presumed that the locals were acting as spies and informants for Mexican raiders on the other side of the border. The group rounded up nearly two dozen men, searched their houses, and marched 15 of them to a rock bluff near the village and executed them. The Porvenir massacre, as it has become known, was the climactic event in what Mexican-Americans remember as the Hora de Sangre (Hour of Blood). It led, the following year, to an investigation by the Texas Legislature and reform of the Rangers.

Between 1915 and 1918, vigilantes, local law officers and Texas Rangers executed, without due process, unknown thousands of Mexicans for their alleged role in a revolutionary uprising known as the Plan de San Diego. White fears of Mexican revolutionary violence exploded in July and August 1915, after Mexican raiders committed a series of assaults on the economic infrastructure of the Lower Rio Grande Valley in resistance to white dominance. The raids unleashed a bloody wave of retaliatory action amid a climate of intense paranoia.

While there are certainly instances in the history of the American South where law officers colluded in mob action, the level of engagement by local and state authorities in the reaction to the Plan de San Diego was remarkable. The lynchings persisted into the 1920s, eventually declining largely because of pressure from the Mexican government.

Historians have often ascribed to the South a distinctiveness that has set it apart from the rest of the United States. In so doing, they have created the impression of a peculiarly benighted region plagued by unparalleled levels of racial violence. The story of mob violence against Mexicans in the Southwest compels us to rethink the history of lynching.
Southern blacks were the group most often targeted, but comparing the histories of the South and the West strengthens our understanding of mob violence in both. In today’s charged debate over immigration policy and the growth of the Latino population, the history of anti-Mexican violence reminds us of the costs and consequences of hate.


William D. Carrigan, a professor of history at Rowan University, and Clive Webb, professor of modern American history at the University of Sussex, are the authors of “Forgotten Dead: Mob Violence Against Mexicans in the United States, 1848-1928.”
Posted by Duane Campbell at 3:11 PM