1. The Mexican and U.S. tax payers pay billions of dollars for the drug war, mainly to military contractors, to no avail and creating no improvement for either country’s national security. As Musa al-Gharbi wrote for Al Jazeera:
“In 2013 drug cartels murdered more than 16,000 people in Mexico alone, and another 60,000 from 2006 to 2012 — a rate of more than one killing every half hour for the last seven years. What is worse, these are estimates from the Mexican government, which is known to deflate the actual death toll by about 50 percent.”

2. The U.S. military and intelligence communities collaborate with and empower acorrupt narco-state in Mexico. 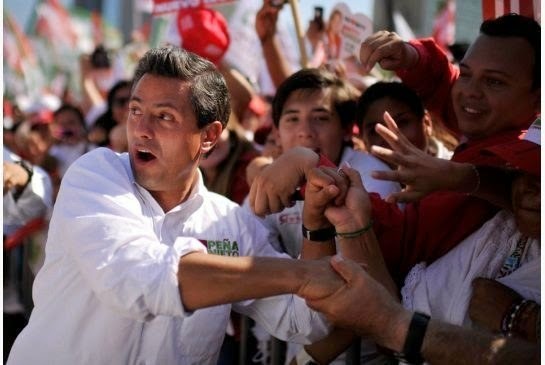 4. The CIA distributed U.S. weapons to cartels (allegedly to “track” the guns, although some believe this is meant to help fight the rogue and ruthless Zetas cartel, which was started by former members of the Mexican army’s special forces also trained in counterinsurgency tactics by the U.S. army in Fort Bragg, Georgia). 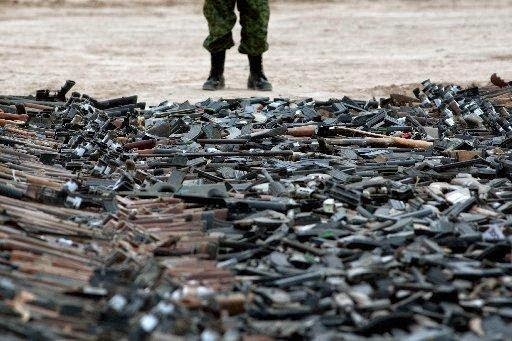 5. Corruption is pervasive, and not only in the public sector: even the giant Walmart allegedly bribed its way through the Mexican bureaucracy. Meanwhile, the world’sbig banks help launder money for the cartels, which rack in profits to the tune of roughly $40b each year.

6. With that kind of money, the narcos can, and do, purchase police chiefs, entire departments, and higher levels of the state—both within Mexico and, increasingly, in cities across the U.S. (not to mention, in scores of other countries as well, such as Peru and Australia).

7. The Mexican government does not prosecute more than 93.8% of reported crimes. That is, it attends to less than 7% of them (perhaps because it is difficult to find a politician, at any level of government, in any part of the country, who is not in deep collusion with organized crime or at least with big business).

8. And while the population gets scared to death at incessant violence, the state pushes the structural and economic reforms to open the country for business, such as through the removal of protections and standards. It uses its alliance with the media monopoly to silence opposition, and the armed forces (and other thugs) tocrush resistance from workers, farmers, students, teachers, environmentalists, etc.

9. Which is partly why the immigration crisis only increases, flooding the U.S. labor market with easily exploitable labor and filling U.S. for-profit prisons.

10. Fortunately, there’s a lot that people in both Mexico and the U.S. can do:
- When elections come around, make sure your would-be representatives know that your vote will be strictly conditioned on their concrete actions to pressure for a change (for example, through aid, trade, and diplomatic sanctions, etc.).
- Organize collectively, wherever you are: talk to your neighbors, set up events, hold vigils and rallies, attend information sessions, gather speakers, host potlucks and letter-writing campaigns, distribute leaflets with calls to action, visit your government representatives, sign and deliver petitions, etc. Many people don’t have the luxury of organizing without fear of reprisals, so if you do, get involved.
- Be creative: paint something, write a poem, compose a song, do some improv, make a video, and raise awareness about this situation. Do whatever you do best, whatever you love to do, to shed light on the matter.
- Share news and information about it to keep people engaged and organized.
- Write letters-to-the-editor to demand attention to this situation.
- Boycott companies that benefit from the ongoing violence.
- What else do you think we can do? Please feel free to comment and share this.

AFP/GETTY IMAGES
Michael S. Wilson is a doctoral fellow at the University of California, Santa Cruz, where he focuses on peace and conflict in Latin America. His dissertation is a multimedia research project that compares social movements emerging against resource extraction. A Mexico City native, Wilson is a writer, educator, and activist. Some of his academic and journalistic works have appeared in the Human Rights Review, AlterNet, Tikkun Daily, Counterpunch, The Bitchin’ Kitsch, SCENE Magazine, The Pointer Newspaper, and Socialist Worker, among others. You can reach him via WordPress, Academia.edu, Facebook, or Twitter.

Posted by Duane Campbell at 8:23 PM