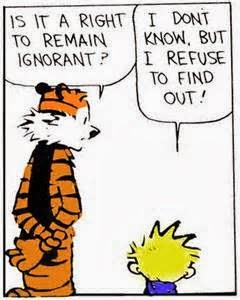 Chicana/o and ethnic studies department at California State Universities at Los Angeles is under siege. Led by the administrations and faculty bodies at these institutions, the goal is to cut access of the ethnic studies programs to general education. GE is important because it is the monopoly board that allocates the Boardwalks and other academe properties to programs. It tells students what knowledge the university believes is necessary and rewards students for taking favored courses.

At Cal State LA, there are not many freebies for Chicana/o studies on the board other than to Go to Jail. The academe like the greater society has a hierarchy composed of a pope (the president), a provost (cardinal), deans (bishops) and priests (faculty). They control the university, and like society they are white. Very few people of color are admitted to these elite circles.
Editor note: At CSU-Sacramento the President is Hispanic and the Dean of the College of Education is African American.  At the same time see the demise of Bilingual Ed Dept. ( which was the base for Chicano Studies in Education)

At Cal State Northridge, Latino enrollment approaches 40 percent. Yet there is only one high ranking Latino administrator. Seventy-five to 80 percent of the academic departments on campus do not have a single professor of Mexican American extraction, although over 50 percent of the university’s service area is Latino.

The university is supposed to search for the Truth. It is supposed to prepare students on how to interact in society, and impart knowledge that is important for an educated person to have. The most elementary truism of epistemology is that how we get knowledge determines our outcome.

That is why when Justice Sonia Sotomayor was appointed to the Supreme Court, she said  “I would hope that a wise Latina woman with the richness of her experiences would more often than not reach a better conclusion than a white male who hasn’t lived that life.”  Sotomayor acknowledges that it is important to bridge the epistemological chasm separating her and her almost all white colleagues. How we acquire knowledge forms our attitudes and conditions our decisions.

This year Cal State LA entered the process of recertifying its General Education class.  Chicana/o Studies, Black Studies & Asian American Studies made a modest proposal to an near all white Academic Senate. They asked to sit at the lunch counter and have one course included as part of the General Education (GE) package in the fall 2016.

This modest proposal was met with racist, irrational and derisive responses: the CSULA faculty used coded language such as “reason” “truth” and “objectivity.” The members said that “Ethnic Studies” was not inclusive of “others” as if white studies were. They charged that white people would be kept out of this ethnic studies requirement.

It must be kept in mind that the demand was for one ethnic studies course. In contrasts to CSU Northridge CHS offers circa 170 sections per semester and students have the option of taking up to 12 classes in the GE package.

Most CSULA professors don't really care about the needs of the surrounding community. Most ignore the East side’s rich history of diversity. Professors sit on top of Mount Olympus caring little about the Eastside’s diverse racial history.

The truth be told, Chicana/o and other ethnic studies programs have been marginalized from the beginning, starting with the removal of Dr. Ralph Guzmán (1968), and throughout the 1970s when CHS was led by a succession of non-tenured graduate students. In 1979 by a vote of 8 to 7 the CSU Trustees appointed James Rosser president of CSULA over Julian Nava. The CSULA faculty openly conspired against Nava fearing that a Mexican president would lessen faculty hegemony.

Many white professors openly played off blacks and browns, and fanned the political ambitions of Trustee Claudia Hampton. For thirty-four years Rosser pursued a policy of dividing and conquering, giving Dean Donald Dewey cover to pander to the white leadership’s obsession of keeping ethnic studies weak. The administration sunk to new lows and encouraged warfare between Chicana/o fulltime and part time faculty who fought over appointments. This is a policy that led to open warfare.

Chicana/o and ethnic studies has not recovered from this chicanery. I am not absolving minority faculty members for allowing this colonial to persist.  However, the basic difference between the LA and Northridge campuses is that we were not as much of a threat in the early stages. Also, CSUN student and faculty leadership was unwilling to take it -- not only went to the brink of the cliff -- but were prepared to go over the edge if necessary.

Even so, we are not free of white racism.  Because of a fall in the enrollment in the College of Humanities, Dean, Beth Say, an academic of limited intellectual capacity has decided to cut CHS  faculty allocations back, basing positions on majors rather than enrollment. This is the epitome of racism or stupidity or both.  Indirectly she is attacking our presence in General Education by minimizing our important role as a service department.

Say has no understanding of what a service department is. Like traditional departments service departments explore the corpus of knowledge of neglected fields such as Chicana/o studies while supplementing the needs of other departments which have minimal or no courses, for instance, on Latinos. Successful programs do this through GE and Liberal studies.

The reality is that over 80 percent of the departments and majors do not have a single Mexican American or Latino course. Most white students have not had a professor of color. In effect Beth Say wants to limit the students’ knowledge of the Latino population.  Her failure to understand the importance of cultural competency and teacher prep is proof that Say is not an educator. The hypocrisy is that just a couple of years ago Say was trying to save her home department by converting it into a service department.

These controversies were played out in the context of former president Blenda Wilson receiving having a plaza named after her. I complained to the provost that this was the same Blenda who had held up my merit pay because I did not support her against the Chicano student organization. This was the same Wilson made a deal with David Horowitz to pay for the ZBT’s attorney fees for refusing to stop singing the Lupe Song that talked about screwing a dead 13 year old Mexican girl.

Harry shot back “I guess you see this in historical context; they [the selection committee] see it as contemporary symbolism.” This offended my sense of intellectual honesty and I answered that it was a matter of principle: “Do we name a building after David Duke because he gives the university a million dollars?”  Adding, “My point is that people do this over and over, and then are sanitized because she was the president of a tier 5 university -- something is wrong. Delmar Oviatt has a library named after him. He was part of the Mormon Mafia and a leader of the ultra-conservative cabal. Because of him eight black students did hard time… Do we cherry pick our values?”

Postscript: CSUN President Dianne Harrison and Dean Stella Theodoulou are returning to Mexico City to finalize a deal with UNAM. Apparently Harrison has little respect for Latino students or the Latino community and does not care about what is happening her campus. Hierarchies never do, they are infallible.  That is why we say, “never trust a Mexican smoking a cigar or a gringo/a speaking Spanish.”