Trump Admin Has Only reunited 14% of Children 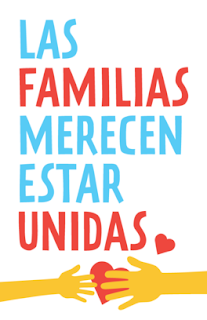 HEARING OVER FAMILY SEPARATIONS: Attorneys for the ACLU and the Trump administration will convene this afternoon to update a federal judge in San Diego on the status of reunifying thousands of migrant children and parents separated at the southwest border. U.S. District Court Judge Dana Sabraw ordered the administration to reunify families by July 26, a deadline now less than a week away.
The Trump administration said in a court filing Thursday night that 2,551 children ages 5-17 were separated from their parents at the border. Of those, 364 children were reunited with parents — just 14 percent. Meanwhile, the ACLU pressed the administration to turn over what it considers key information: names of parents who have been deported or released from custody, as well as those with final deportation orders. The parents with final removal orders, the ACLU argued, "may only have a matter of days to make the momentous decision whether to leave their child behind in the United States."
The Justice Department said in the Thursday filing that it intended to provide a list of deported parents by Friday and a list of released parents by Monday. The two sides meet in court at 4:30 p.m. ET (1:30 p.m. PT). Read more from POLITICO's Ted Hesson here.
Posted by Duane Campbell at 10:43 AM