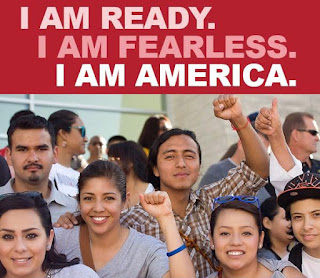 by Anita Chabria.  The Sacramento Bee
Undocumented immigrants in Sacramento will have city-funded legal services as soon as next month to fight deportation and “prepare for the worst” as their fears grow about federal immigration enforcement.
Sacramento City Council members voted unanimously late Thursday to set aside up to $300,000 for a network of legal, educational and faith-based nonprofit groups that will help residents with immediate immigration problems and advise them how to protect children and assets if parents are deported.
The network also would educate them on their rights.
“The reality is there is a lot of fear,” said Councilman Eric Guerra. “We can alleviate that fear.”
Washington Elementary School Principal Gema Godina testified she has been asked multiple times by frightened undocumented families to take their children if parents are detained. She said she was unprepared for the requests but has agreed to be the legal guardian for five of her students.

Blake Nordahl, a professor at Sacramento’s McGeorge School of Law, said the school’s immigration clinic, which will likely receive part of the city funding, has been overwhelmed in recent months.
“We are strained. We are beyond capacity,” said Nordahl, who added that clients are “afraid to bring kids to school” or report crimes.
Councilman Steve Hansen called the situation an “emergency” that required immediate action.
Guerra said much of the legal aid would focus on creating legal guardianships for kids and powers of attorney to protect homes and bank accounts. The city will begin work on a contract immediately and could have money available within about a month, he said.
Mayor Darrell Steinberg said before the meeting he knew “there will be people that oppose this,” but “we are not a city that will exchange people’s civil rights for money.”

Guerra, who headed the task force that created the proposal, said undocumented immigrants should have access to city-funded aid because they contribute to the local economy and often pay property and sales tax to the county.
Steinberg cited a recent report from the California Endowment that estimated undocumented Sacramento County residents contribute $58.9 million to government coffers each year.

He wants more public money to fight Trump for California
About 49,000 Sacramento residents are not U.S. citizens, including about 4,100 children, according to the U.S. Census Bureau. That’s about 10 percent of city’s residents. How many are here illegally is unknown. The census bureau does not ask about legal status.
Steinberg said immigrants with violent criminal records would not be eligible for aid, but those with minor offenses such as DUIs or possession of marijuana would.
“The line, to me, is people who are a threat,” Steinberg said.
The City Council also strengthened its sanctuary city status Thursday by making it illegal for city employees, including police, to inquire unnecessarily about immigration status. That prohibition wouldn’t stop police from investigating crimes or working with federal law enforcement on joint investigations.
The city money would be part of next year’s budget and come from the general fund, which also supports core services such as police and fire.
The immigration network also will likely seek grants from other nonprofit agencies, city staff said. The city has applied to join a nationwide network of cities including Los Angeles and Chicago that are providing similar funding for legal services.
The Mexican consulate in Sacramento said this week it has received $250,000 from its government to help Mexican nationals in the region with legal costs and educational outreach. The money is part of a $50 million fund that is being divided amongst the 50 Mexican consulates in the U.S., said consular official Rodrigo Baez.
Guerra said the Mexican consulate would work in partnership with the city’s nonprofit network, helping steer Mexican nationals to consular funds.
Santa Clara County in January voted to spend $1.5 million over two years to help defend undocumented immigrants. San Francisco recently set aside $200,000 for legal aid, and Oakland has allocated $300,000 for a similar effort. A public-private fund that could hold up to $10 million has also been proposed for Los Angeles city and county.
Sacramento was one of several local governments that filed a lawsuit against the Trump administration seeking to block plans to cut federal funding from sanctuary jurisdictions. Recently, a federal judge in San Francisco issued a temporary restraining order prohibiting the administration from going through with its plans.
Steinberg said Tuesday’s action could be perceived as “doubling down” on Sacramento’s controversial sanctuary city stance, but he believed it was the right course of action.
“This is in fact a moral issue,” the mayor said. “What’s more important than ensuring that people who are threatened, people who are scared, people who just want to be part of us, that we provide them the legal protection they need?”


The Sacramento Immigration committee has established a hot line to report ICE activity in the neighborhoods, at schools, parks, and other areas.
916-245-6773
If you see ICE activity, please report it.  When you report the activity, volunteers and legal observers will go to the location.
Posted by Duane Campbell at 8:33 PM