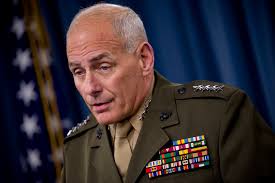 THIS WEEK: KELLY, SESSIONS CONFIRMATION HEARINGS: The Senate will hold confirmation hearings Tuesday for two nominees who'll affect immigration policy: retired Marine Gen. John Kelly (Department of Homeland Security) and Alabama Sen. Jeff Sessions (Justice Department). The hearing for Labor nominee Andrew Puzder was originally set for this week but is now postponed to Jan. 17.
Kelly has gotten a warm reception from Democratic members of the Homeland Security and Governmental Affairs Committee.
Still, Kelly will be grilled about the immigration policies of President-elect Donald Trump. The border wall (Mexican-financed or otherwise) will come up. So will Trump's threatened termination of President Obama's Deferred Action for Childhood Arrivals program, which grants deportation relief to undocumented immigrants who arrived in the U.S. as children. And it's hard to imagine a hearing that doesn't touch on Trump's idea to deport millions of immigrants with criminal records, or Trump's proposed reinstatement of a registry to track visitors from certain Muslim countries. 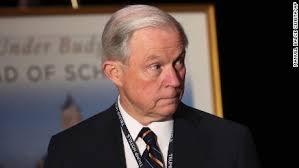 How might an Attorney General Sessions affect immigration policy? Well, the Justice Department may be asked to defend the constitutionality of re-establishing a registry of visitors from Muslim countries (or Trump's more constitutionally-dubious ban on Muslims entering the United States), Matt Zapotosky and Sari Horwitz report in the Washington Post. Advocacy groups also fear that Sessions will use information obtained through DACA to deport undocumented immigrants.
Sessions' views on immigration are well-known. In 2007 he opposed legislation supported by then-President George W. Bush that gave legal status to millions and enhanced border security. Armand DeKeyser, Sessions' former chief of staff, told the Post that Sessions' hardline views were influenced by a listening tour in the late 1990s visiting city police chiefs and county sheriffs. "In the years that followed his listening tour," Zapotosky and Horwitz report, "Sessions came to believe that the undocumented immigrants in rural Alabama were taking the jobs of other residents. He advocated against even legal immigration, arguing that anyone coming to the United States should benefit the citizens already here." More here.

Another way Sessions could influence immigration policy is through the immigration courts. According to POLITICO's Seung Min Kim, Sessions "would have authority to single-handedly take on a case in the immigration courts himself if he disagrees with a judge's ruling. Then Sessions' decision would become binding, unless a federal court intervenes." More here.

From Politico's Morning Edition
Posted by Duane Campbell at 10:08 AM