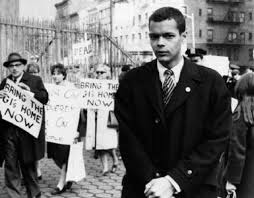 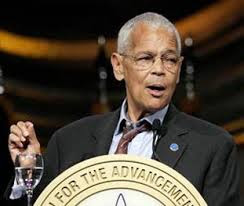 I did not expect to awaken this morning to news that renowned social justice activist Julian Bond had passed away.  I had not known that he had been ill.  The reference in the announcement was that there had been a “brief illness.”
Bill Fletcher Jr.
When I first met Julian Bond , sometime within the last fifteen years, I still had in my mind’s eye the picture of a young, audacious electoral activist from the 1960s.  Although he was still very good looking and very sharp, he had by that point reached the stage of an “elder” in the movement.  Yet being an elder did not mean disappearing or retiring from the movement for Julian.  Whether through teaching, writing or serving as the chairman of the NAACP’s Board of Directors during crucial moments in that organization’s life, Julian Bond was far from a disappearing figure.


Julian Bond will be remembered for many things including his election to the Georgia State Legislature; his being expelled from the same state legislature due to his stand against the Vietnam War; his co-founding and work with the Southern Poverty Law Center; and his chairmanship of the NAACP.  But he will also be remembered as a clear and  eloquent voice for social justice, whether that voice took the form of on-air commentaries or in op-ed writings.  He could not be silenced, and for that African Americans and all progressives owe him a major debt.
Julian Bond was from a generation of activists who had a courage demonstrated through commitment and action that is alien to most of us.  This courage and experience was not something that he held over other’s heads as a way of forcing them to submit to his judgement.   Rather it represented accumulated experience that, if one was lucky enough, one could gleam through even a brief discussion or exchange with him.

Julian Bond shall be missed.   We must, therefore, hasten to offer our recognition and appreciation for all that he offered and for the stands he was prepared to take.

Posted by Duane Campbell at 8:33 PM