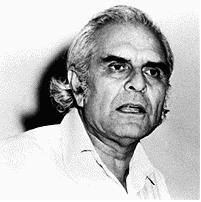 Join the Mexican American Political Association and the Hermandad Mexicana in commemorating the 95th birthday of Humberto "Bert" Corona on May 29, 2013. Bert Corona was a legendary leader in the Mexican American, Chicano, Mexicano, and Latino communities throughout the United States, but also widely known and respected in Mexico among union and social movements, political parties, and even government officials. He was an activist and leader for 60 years in multiple social movements - labor, immigrant rights, peace, political/electoral representation and civil rights, and the academic institutionalization of Chicano Studies Departments in colleges and universities where he taught and/or lectured as a professor. He is considered the father and political architect of the immigrant rights movement during the 1960s and 1970s with the founding of the Center for Autonomous Social Action (CASA) - General Brotherhood of Workers along with his companion of many years, Soledad "Chole" Alatorre. In 1975 he co-founded with Chole and Socorro Alatorre, the Hermandad Mexicana Nacional, which had been originally founded in 1951 by Felipe Usquiano in the city of San Diego, California with other labor leaders of the Laborer's International Union and the International Brotherhood of Carpenters. Corona and Alatorre built CASA, and subsequently, the Hermandad Mexicana into a broad membership grassroots community-based organization as a fighting force against immigration raids and deportations and in favor of fair and humane immigration reform. Their efforts ultimately culminated in the passage of the 1986 Immigration Reform and Control Act (IRCA), which legalized 2.7 million undocumented persons. More importantly, their practical teaching methods demonstrated that immigrants could successfully be organized into labor unions, community action organizations, electoral campaigns, lobbying visits to members of Congress and the state legislature, and build mass movements in the streets as an important form of political action. This they did against all counsel and advice from supposed political experts, foundation funders, legislators and traditional party leaders, union officials, and even left organizations who declared that the undocumented could not be organized.

The slogan, "No Human Being is Illegal," had its origin in the speeches and instruction of Bert Corona who did not compromise with the terminology used by the media in describing immigrants, including left and center-left media journalists, newspaper columnists, television and radio commentators and disc jockeys, and academia. He clearly understood the value and power of words, depictions, and characterizations of a people and never surrendered any terrain on that score, not even in liberal irreverence or spoofing by so-called friends of immigrants at the expense of immigrants.
Much more could be shared regarding the multiple contributions over the lifespan of Bert Corona, as a follower of Pancho Villa and Ricardo Flores Magon; organizer and union local president under the International Longshore Union President Harry Bridges; companion to Soledad Alatorre, Luisa Moreno, Congressman Edward Roybal, Eduardo Quevedo, Herman Gallegos, and Ernesto Galarza; friend and mentor to Cesar Chavez (as Chavez himself expressed); collaborator with Reies Tijerina, Corky Gonzales, Jose Angel Gutierrez; national co-coordinator to Senator Robert Kennedy's presidential campaign , and teacher and friend to so many.

We invite you to read more about Bert Corona's life, travels, experiences, and stories in "Memories of Chicano History: The Life and Narrative of Bert Corona," co-authored by Mario T. Garcia, and published by University of California Press in 1994.
Celebrate the commemoration of Bert Corona's birth by clicking to the photo gallery link below or go to www.hermandadmexicana.org orwww.mapa.org.
http://www.hermandadmexicana.org/galeria-de-fotos-y-video.html

Posted by Duane Campbell at 3:50 PM