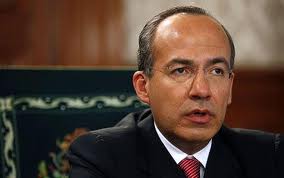 IndustriALL Global Union and its activist affiliates of the Tri-National Solidarity Alliance (TNSA) are leading opposition to dangerous labour law reform to be fast-tracked through the Mexican parliament. The legislation would intensify the serious obstacles already facing workers and democratic trade unions in Mexico.
The legislation has been drafted by outgoing president Felipe Calderón, who has been an enemy to workers in Mexico throughout his six-year term. The list of violations of core labour and trade union rights committed by the Calderón regime is long, and his outgoing attack through proposed changes to a number of regulations would cement his legacy. It must be strongly and urgently opposed by the international labour movement, as the 30-day initial consultation period for the legislation began on 1 September.
Join those calling on the parliamentary coordinators of the Mexican Congress to end this proposed initiative to regressively reform the labour law, and to instead focus on establishing a national process of social dialogue that is inclusive of Mexico’s independent trade unions as the legitimate social partners.
IndustriALL urges all affiliates and supporters to use General Secretary Raina’s letter as a model to write to Mexico’s parliamentary coordinators. The contact details of the seven individuals are in the letter. Please send on your organization’s letterhead to those addresses, with unionrights@industriall-union.org in copy.
Concretely the proposed legislation would weaken the right to strike, widen the abuse of protection contracts used by employers to bypass the legitimate trade unions representing its employees, and interfere with union autonomy. Further, the proposed changes would proliferate precarious work in Mexico by legalizing subcontracting without creating a regulatory mechanism to ensure accountability of companies for the respect of labour rights through their production chains. Under the new law workers could be hired without job security on six-month probation contracts or even hired by the hour. Back pay in cases of illegal termination would be capped at 12 months to allow employers to delay legal cases for years and pressure workers to accept smaller compensation payments.  Clearly the core, internationally recognized rights of Mexico’s workers would be traded away by this proposed legislation in exchange for greater freedom and flexibility of employers.


Even the legality of the legislative process itself is highly dubious in this case. The preferential fast-track process is new in Mexico and would bypass the democratic process. As IndustriALL General Secretary Raina wrote to parliamentary coordinators of the Mexican Congress, the process shows:

… utter contempt for the views of legislators, workers and citizens and is in clear violation of international labour and human rights standards, including ILO Conventions 87 and 98, and other international law.

President of the Trade Union Advisory Committee to the OECD (TUAC) Richard Trumka has written to the OECD General Secretary to initiate a meeting after the OECD shamefully publically endorsed the anti-worker legislation.
Posted by Duane Campbell at 9:12 PM