Trampling out the story of Cesar Chavez

Trampling out the story of Cesar Chavez and the UFW.
by Duane E. Campbell 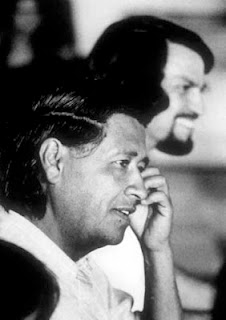 In California in 2012 the k-12 school population is 48.72 %  Hispanic, the great majority of whom are Mexican Americans, the California Dept. of Education estimates the state drop out rate for Hispanics at 32 % having changed little for over a decade, where farm workers and their families generally have lower wages and fewer work benefits than they did in 1974, where only two Mexican Americans appear in the state approved text books, Frank Bardacke thinks that the important issue for labor historians is to de construct the “Cesar Chavez myth” – really?
Frank Bardacke’s Trampling Out the Vintage: Cesar Chavez and the Two Souls of the United Farm Workers. (2011, Verso). is the view of a well- informed observer  who  worked in the lettuce fields near Salinas for six seasons,  then spent  another 25 years  teaching English to  farm workers  in the Watsonville, Cal.  area.
Trampling Out the Vintage, provides several insights not previously developed in well informed books on the UFW  including  important  differences between grape workers and  workers in row crops such as lettuce; the length of time workers were in the UFW,  the more settled family nature of grape workers, the strength of each  type of ranch committees,  the leadership of ranch crews  ( and thus the potential differences in creating democratic accountability), and the differing histories of worker militancy in  different  crops.  The author correctly argues that each of these led to somewhat different organizing environment in building the  union. He also details problems of administrative mismanagement in the hiring halls in the grape areas and alleged  mismanagement of organizing within the union sponsored health care insurance and clinic systems .


Trampling out the Vintage gives one view of  how the UFW  effort failed, but we have yet to learn how to create a powerful democratic organizational vehicle.  Bardacke, and other left critics of the UFW experience argue that the destruction of the UFW was a result of the personal control of Chavez and his allies and their failure to build a democratic union.   Well, Cesar Chavez has now been dead for over 17 years.  Why has no vital, democratic union grown up in the fields to continue the effort to build a union for some of the most exploited workers in the U.S.?
Read the entire review: here.
http://talkingunion.wordpress.com/2011/12/27/trampling-out-the-vintage/
and here: http://antiracismdsa.blogspot.com/2011/12/trampling-out-vintage.html
Note: the writer was a volunteer for the UFW and continued as a supporter for decades.
Also see the Chicano/Mexican American Digital History Project.  here.
https://sites.google.com/site/democracyandeducationorg/chicano-mexican-american-digital-history-project