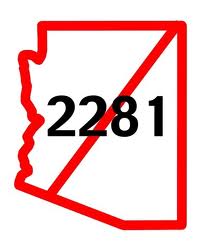 CFA Latino/Latina Caucus
“Save Ethnic Studies” Tour Background Information
For the past four years, Arizona Superintendent of Public Schools,
Tom Horne, and the Arizona State Legislature have relentlessly attacked the Tucson Unified School District’s (TUSD) Mexican American Studies Department (MASD). Tom Horne and the Arizona State Legislature have accused that Mexican American Studies classes are: “promoting the overthrow of the United States Government; promoting resentment toward a race or class of people; designed primarily for pupils of a particular ethnic group; and advocate ethnic solidarity instead of the treatment of pupils as individuals ”
Tues. March 8.  University Union.  Sac State.   12 Noon.  Foothill Suite.
6 PM.  Sol Collective.  Sacramento
This past May 11, 2010, AZ Governor Jan Brewer, signed into law AZ HB 2281, the anti-Ethnic Studies law, which will in effect eliminate TUSD’s MASD on December 31, 2010. A major provision of the law calls for a 10% withholding of the State of Arizona’s monthly allotment to TUSD if MASD continues to teach Chicano Studies classes.  After exhausting our efforts through lobbying, community activism, and public relations, we are left with no other option than to file a federal injunction in the Federal District Court in Arizona to stop AZ HB 2281.
Eleven Critical Raza Educators have formed a campaign “Save Ethnic Studies”.  The Raza Studies educators will serve, independently from TUSD, as a collective of plaintiffs in filing an injunction in Federal District Court to stop AZ HB 2281 from going into effect. This legal effort will require an enormous amount of financial and human resources in order to be effective in legally challenging AZ HB 2281. As a consequence, we will be embarking on a national fundraising campaign to raise consciousness and resources for our “Save Ethnic Studies” Defense Fund to defeat AZ HB 2281.
The California Faculty Association will host a delegation from the “Save Ethnic Studies” organization in Spring 2011. The “Save Ethnic Studies” presentation will include an overview of the work that Critical Raza Educators in Tucson public schools and describe the struggle these educators have waged against Arizona’s Legislative attacks on the Critical Raza Educators of TUSD’s MASD. The presenters will also cover the status of the filed in the Federal District Court to fight AZ HB 2281; and if the film is produced by Spring 2010, the documentary film “Precious Knowledge,” will be shown. If the film is not ready by the Spring, the program will include the 10-minute video.
Posted by Duane Campbell at 10:29 AM