Hundreds of Kids Being Held by Border Patrol 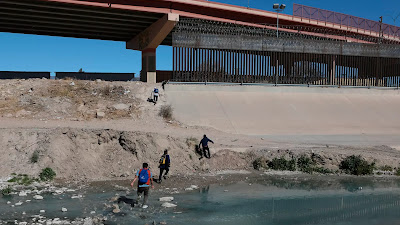 More than 700 children who crossed from Mexico into the United States without their parents were in Border Patrol custody as of Sunday, according to an internal Customs and Border Protection document obtained by Axios.

Why it matters: The current backup is yet another sign of a brewing crisis for President Biden — and a worsening dilemma for these vulnerable children. Biden is finding it's easier to talk about preventing warehousing kids at the southern border than solving the problem.

Behind the scenes: Of the more than 700 kids waiting to be transferred to shelters overseen by the U.S. Department of Health and Human Services, more than 200 had been held in these Border Patrol stations for more than 48 hours.

What they're saying: "We have a couple of options: We can send them back home. ... We can quickly transfer them from CPB to these HHS-run facilities. ... We can put them with families and sponsors without any vetting," Psaki said. "We've chosen the middle option."

During the surge in 2019, government watchdogs found severe overcrowding and concerning sanitation, health and safety issues at the U.S. Customs and Border Patrol intake facilities, which are special concerns for children.

What to watch: Coronavirus protocols have also significantly lowered the number of children who can be held at the longer-term HHS shelters.

More than 400 migrant kids were referred to HHS shelters just on Tuesday, according to one administration official.