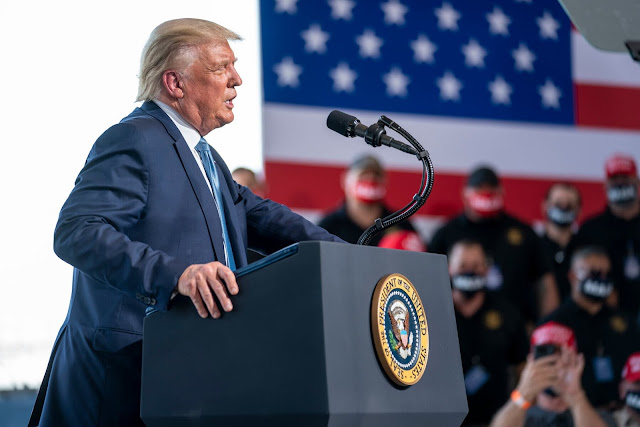 YUMA, Ariz. — President Trump on Tuesday accused Joseph R. Biden Jr. of seeking to throw open the United States’ borders to criminals and disease, using the backdrop of a border city to stoke fears of immigrants as Democrats prepared for the second day of the party’s nominating convention.

Speaking at an airport hangar, Mr. Trump boasted about his own efforts to sharply limit immigration during his time in office, claiming to have made the country safer by blocking asylum seekers, refugees and other immigrants seeking to live and work in the United States.

The president reprised the darkest language of his 2016 campaign, warning that should Mr. Biden win the presidency, the Trump-era restrictions on foreigners would be abandoned in favor of policies that he said would allow “aliens with criminal records” to roam free across the country, threatening violence and stealing jobs from Americans.

Mr. Trump’s anti-immigrant stance helped him win the election in 2016 and has been at the core of his presidency. He has denied entry to foreigners seeking protection from persecution, tried to end a program shielding from deportation young people brought to the United States illegally as children and cut back on legal immigration programs.

While courts have blocked some of his most extreme efforts, Mr. Trump and his top aides have succeeded in making it harder for immigrants to enter the country.

Posted by Duane Campbell at 5:34 PM