When Liberals Criticize Liberals About the Election

And don't consider the consequences to the Latino Community. 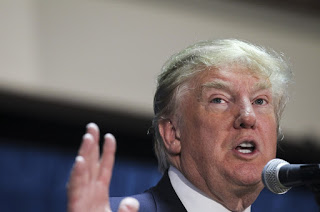 Dissent Magazine has posted an article entitled, "The End of Progressive Neoliberalism,"
https://www.dissentmagazine.org/online_articles/progressive-neoliberalism-reactionary-populism-nancy-fraser
Since Dissent does not permit comments on their articles, I will post my response below.


Thank you for the piece, The End of Progressive Neoliberalism by Nancy Fraser from Dissent. I wondered how folks such as the writer justified the position of not organizing all available forces to defeat Trump.  It is good that you came out of the closet. I think you represent many, I have been looking for someone to speak up from this perspective ( not my own).

From your essay you seem to consider the contamination of our politics by the Clinton, neoliberal machine as a greater danger than the potential victory by Trump and his neoliberal proto fascists.

I have some issues of dissent from your piece. There is a left in the US.  Weak, yes, but it exists. For example the CCDS says of the election,
“”The movement for justice and progress in the U.S. has suffered a great setback. And the depth of the reactionary movement that led to this setback was underestimated by most on the left. It’s necessary to reflect on what it has taught us and about our shortcomings but it’s also vital to assess our strength to meet this great challenge.”   I think they are referring to your position  when they say,

“And the depth of the reactionary movement that led to this setback was underestimated by most on the left.”

There were a good number of socialists ( not liberals) who worked night and day to defeat Trump including myself.  Most did so on some form of this perspective.
http://www.dsausa.org/trump_racism_and_the_left_dl

While you make good points in criticizing liberals  ( you call them  progressive neoliberalism), I encourage you to continue to explain your own view.
I will use data from California  in response since I know the data from here more than national data. The Trump election is most likely going to eliminate health care for some 2-4 million children, in particular the children of the undocumented.  Some 2-4 million workers ( immigrants) now face deportation.  At least 40 % of these are parents of U.S. citizen children.
These and other consequences are described here:
http://www.dsausa.org/tags/strategic_racism

In addition we should consider the potential threat to the environment, to global warming, to labor unions, and of course to war- among other issues .


Please continue to explain your position that working to defeat Trump was a liberal position, not that of a real left.  I seek to understand your perspective.
Posted by Duane Campbell at 8:54 PM